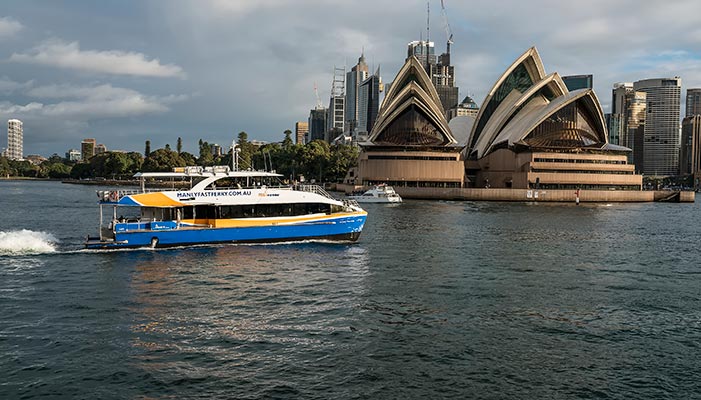 A few weeks ago we wrote a post with a particularly difficult question attached: Who would you rather travel with, a pilot high on methamphetamines or a vehicle driver with methamphetamines and cannabis in their system? Well, it seems we have something to add to this conundrum: Would you rather travel with ferry operators with drugs in their system?

In Sydney, ABC News reported that a number of Manly Fast Ferry deckhands have been stood down indefinitely after returning non-negative results during random drug testing. While the exact number of people involved is not known, it was significant enough to affect services.

The Manly Fast Ferries are owned by the NRMA and a spokesperson for the organisation has said the drug testing results are concerning.

“Our commitment is to safety and we’ve now got to follow a due process,” says the spokesperson in the ABC article. “Drug testing is used across our business as part of our zero-tolerance policy towards [drug] use.”

It is not known either what drugs were detected during the drug testing. It’s important to point out that these are considered as non-negative drug testing results at this stage. Subsequent samples have been sent away for further analysis and a final decision on consequences for those involved won’t be known until those drug testing results have been returned. This is standard practice in any good, reasonable and robust drug and alcohol management plan. The NRMA has already indicated that those found to have failed drug testing will receive counselling and rehabilitation support.

The ferry drug testing incident is further evidence, in workplaces, on the roads and in our communities, that there are people who not only take drugs, but soon after are prepared to take a risk and go to work or drive a vehicle. Which is why, is you own or manage a business where safety is important, workplace drug testing is a must.

To find out more about how you can implement workplace drug testing, phone Integrity Sampling on 1300 SALIVA.

Note: It has since been reported by other news agencies that 10 staff have been stood down. Five were for positive drug testing results, while a further five were for refusing drug testing. However, these allegations have not been confirmed by the NRMA.