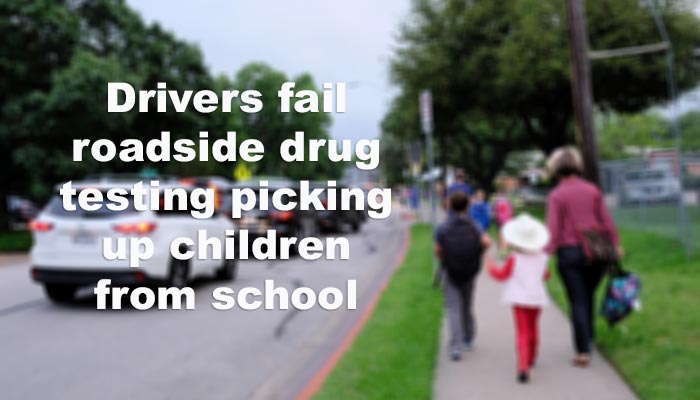 In what a police superintendent has described as deplorable, two drivers in South Australia have failed roadside drug testing while picking up their children from school.

“There’s no excuse for such blatant disregard of the road rules,” he said. “It’s one thing to put your own life in danger as a result of your poor choices, but to also put the lives of children at risk is incredibly dangerous and selfish.

“Taking drugs or drinking alcohol and driving presents a serious risk to not just the driver and their passengers, but to all road users.”

It’s not the only incident on South Australia’s roads that could be described as deplorable. Earlier this week a female driver is alleged to have run away from police after being stopped for random alcohol testing at Somerton Park. She was arrested a short distance away. Police will allege she subsequently failed alcohol testing, returning a blood alcohol reading of 0.219. That’s more than four times over the blood alcohol limit.

To put this into perspective, to blow 0.219 during alcohol testing, the South Australian woman would have had to consume a significant amount of alcohol. And it’s surprising she could even drive, let alone run away from police. Between 0.2% and 0.29% blood alcohol level most people will be in a stupor, confused, dazed, disorientated and would have had significantly impaired concentration and reflexes.

Obviously, if people are going to take risks on our roads with drugs and alcohol, they’re also like to take risks at work. So, if your workplace is safety-focussed, it’s imperative that you put steps in place to reduce the safety risks. This will include conducting drug testing and alcohol testing in your South Australian workplace.

Integrity Sampling conducts drug testing and alcohol testing across South Australia. To find out more about our services, give us a call on 1300 725 482.

A police superintendent has described as deplorable the actions of two drivers in South Australia who failed roadside drug testing while picking up their children from school. Credit Lars Plougmann https://www.flickr.com/photos/criminalintent/34320471346/in/photostream/ (image modified)