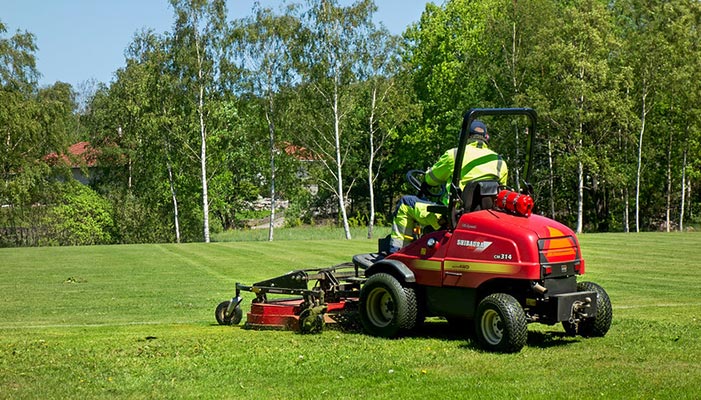 We understand that drug testing and alcohol testing can be pretty serious subjects, so when a story comes along that has a slightly funny angle to it, it’s too good an opportunity to let pass.

A Sydney man has been arrested after he allegedly blew 0.167 during alcohol testing. Nothing comical or unfortunately unusual about that, you might think, except the man was driving a ride on lawnmower at the time.

According to 9 news.com.au, the man was charged with high-range drink driving after allegedly being caught riding the mower down a footpath on Ettalong Road in the suburb of Greystanes on Tuesday night, last week. What’s more, he claimed to have driven the mower two kilometres before he was stopped.

Because the ride on mower was over 250kgs and was subject to conditional registration requirements, the Police were able to conduct alcohol testing on the man. He allegedly blew 0.167.

We’ve heard of the term ‘half-cut’ used to describe a drunk person, but this gives it a new meaning!

The Sydney man is not the first to fall foul of alcohol testing while operating a ride on lawnmower. In 2016, Perth Police cornered a person riding a mower down a footpath on Beechboro Road. The man underwent alcohol testing and blew 0.106. And in January this year, a Brisbane man was caught riding a lawnmower while drunk. Allegedly he was on his way to buy more alcohol!

We are certainly not condoning what these and other ride on lawnmower operators have done as there is a serious side to these stories. Operating any machinery, let alone a ride on mower on the side of a road, while over the legal blood alcohol limit is risky behaviour. At 0.167, it’s downright dangerous and here’s why:

Consider these facts when you next have a drink before operating any machinery.