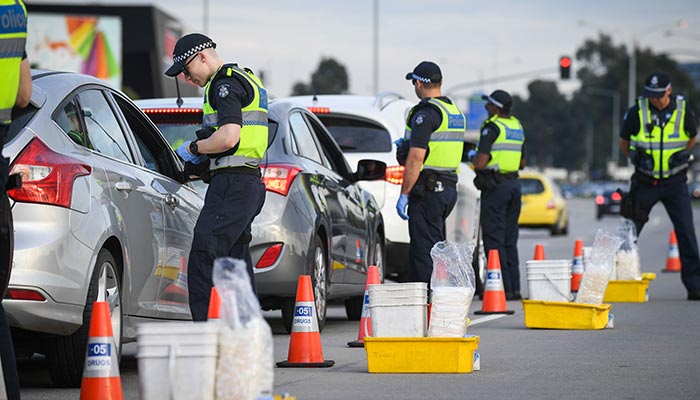 No matter what happens in the final three-and-a-bit weeks of the year, Victoria is heading for one of its worst road tolls in recent history and that means we’re set for even more drug testing and more alcohol testing on our roads in 2020.

According to the Transport Accident Commission (TAC), up to midnight on 4 December there had been 248 deaths on Victorian roads, up 25.3 per cent on the same time last year. The 4 December figure is also well up on the road toll for the average of the last five years. And that was with 21 days to go. It’s looking possible that 2019 will surpass 2016 as the worst year in recent history, when Victoria recorded 270 deaths on the roads.

While there’s little good news in 2019’s figures, one of the things Victorian road users should be congratulated for over the past decades is a more responsible outlook on drink driving.

Again according to the TAC, since 1997, police have conducted more than 24 million alcohol tests on Victoria’s roads. While there’s been a significant number of failed alcohol testing results over these years, the statistics show that 99.7 per cent of drivers tested have not exceeded their legal blood alcohol levels.

An excellent improvement, but it’s still way too many lives being lost on Victoria’s roads due to alcohol. In 2016 alone, 1 in 5 drivers and riders who lost their lives had a BAC greater than 0.05.

Which all means you can expect to see more alcohol testing conducted on Victoria’s roads.

As we’ve highlighted in our posts over recent times, drugs are becoming more of an issue on Australia’s roads than alcohol, and it’s the same in Victoria.

Drug driving is a major contributor to lives lost on Victorian roads. The TAC again provides a staggering statistic, that in the last five years around 41 per cent of all driver and motorcycle fatalities who were tested had illicit drugs in their system.

It’s an astounding statistic but perhaps not surprising when you consider that 25 per cent of Victorians who have used illegal drugs have admitted to driving under the influence. Also not surprising when you consider the number of people who are failing drug testing in Victoria. In 2018, 4634 people in Victoria were charged with drug driving, compared with 5164 for drink driving. While the number is slightly less for drugs than it is for alcohol, the ratio of people being caught in drug testing is significantly higher.

So, you guessed it, you can expect to see more drug testing on Victoria’s roads in 2020.

How much more? Drug testing numbers in Victoria were expected to rise in 2019 to 150,000 tests. And there has been speculation (although not confirmed as far as we’re aware) that this figure will rise to perhaps as high as 400,000 drug tests by the 2020/21 financial year.

Integrity Sampling conducts drug testing and alcohol testing in Victoria’s workplaces. We have branches in Victoria in Melbourne, Mildura, Shepparton, Traralgon and Warrnambool.

One thing is for sure, you can expect to see more drug testing and alcohol testing on Victoria’s roads in 2020. Credit TAC.