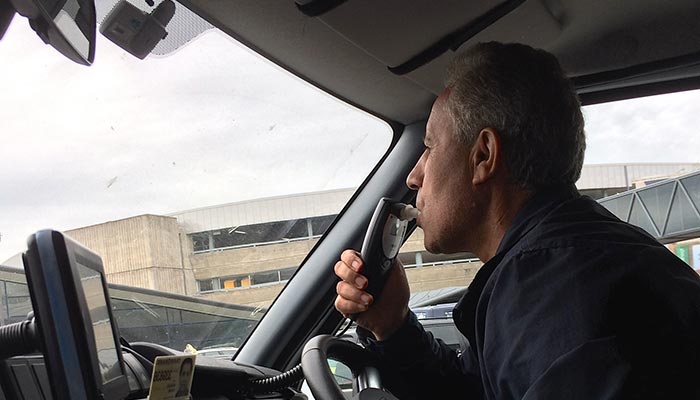 Imagine if one day your car tells you you’re not okay to drive because you’ve had too much to drink!

So, okay, you may think this technology already exists and you’d be correct. Alcohol interlock devices are used in most states and territories of Australia (see below), but in this case we’re talking about an alcohol testing device installed in every car. Before you get too concerned, however, there is a caveat – the story comes from the United States.

According to HowStuffWorks, new legislation in the United States may require all new cars be equipped with alcohol testing systems by 2024. The bill was introduced to Congress this year and the senators behind the bill believe it could save 7000 lives a year.

That’s a staggering figure, but it’s backed up by figures from the US Department of Transportation, which highlight that 30 people die every day in drunk-driving-related crashes in the United States. That’s one person every 48 minutes or nearly 11000 a year!

If successful, the new bill will require automakers to implement alcohol testing technology into all new cars. However, the bill will also invest funding into research and development of “advanced alcohol detection software”, so the alcohol testing interlocks that we use today may be much improved by the 2024 deadline.

As mentioned, most states and territories in Australia already use technology to help prevent people from driving a vehicle when they’ve had too much to drink. Alcohol testing interlocks are used as punishment and as a deterrent for people who’ve failed alcohol testing and have been cleared to start driving again.

Let’s take a look at NSW’s program as an example, thanks to Transport for NSW:

So, are we likely to see similar legislation in Australia and alcohol testing interlock systems become mandatory for all new cars in the future? We know from roadside alcohol testing statistics that over 99% of people do the right thing and don’t drink and drive, so it’s difficult seeing the current interlock system being used on all vehicles. However, if the technology is improved considerably, it’s certainly possible in the future. But, then again, we may have driverless cars by then!

NOTE: Integrity Sampling are are agents for Draeger Interlock devices.

Could every car be fitted with an alcohol interlock device in the future? Credit Kārlis Dambrāns (image modified) https://bit.ly/2yxAytU