A song about a drunken sailor may have been catchy when it was written in the 19th century, but in the 21st century alcohol and work at sea certainly don’t mix.

A recent edition of HIS Maritime & Trade’s Fairplay magazine highlighted an incident that occurred in 2015, that was partly blamed on alcohol. It involved the grounding of the Lysblink Seaways cargo ship on the Scottish coast. The ship missed a course change at a waypoint and crashed onto rocks near the village of Kilchoan.

The ship’s master advised the coastguard that no damage or injuries had occurred, but whether that was wishful thinking or an alcohol-induced statement no one knows. When the first people reached the ship it was discovered the hull had been breached, the ship was taking on water and the steering was damaged. When the ship came off the rocks, 25 tonnes of oil was released into the surrounding waters.

The investigation found that the root cause was alcohol. The Russian chief officer who was alone on the bridge during the incident was found to have consumed approximately half a litre of rum leading up to the grounding. He was fired the next day, but it was too late to avert the damage to the ship (it was declared a total loss), the environment and the ship owner’s reputation.

You might think this is an isolated incident, but the article says that the Maritime Accident Investigation Branch has been informed of 11 other groundings of large merchant vessels in which alcohol was a contributing factor, since 2004. In addition, between 2005 and 2014 there were 124 incidents involving alcohol on large merchant ships reported to the MAIB, with 11 deaths and 85 injuries.

The Fairplay article quotes authorities who believe that occurrences of sailors getting drunk at sea are becoming more and more rare, because companies are aware of their significant responsibilities and taking action.

In many cases this includes having a zero alcohol tolerance on-board ships and random alcohol testing. Stine Mølbak of the Danish Maritime Authority is quoted, “If the employer has a non-alcohol policy, even the consumption of a small amount of alcohol will be reason for an immediate dismissal. In Denmark penal sanctions are similar to those targeted at drink-driving on land, but with an important difference. Sanctions apply not only to those who actually navigate the ship, but also to everyone else who has to carry out safety-related tasks on board.”

What shall we do with a drunken sailor? Clearly not join him or her in a friendly song! 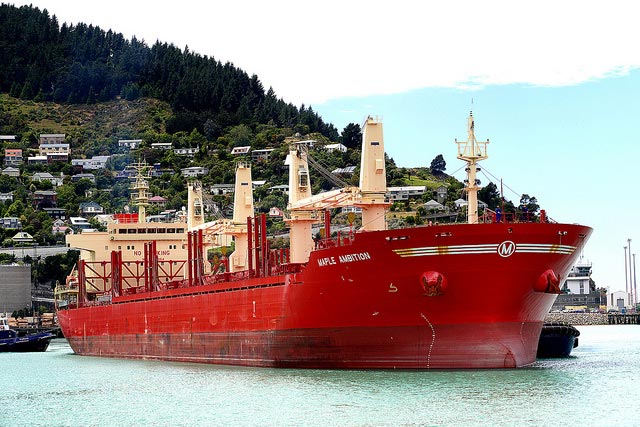