With all the recent attention on the drug ICE, ecstasy use at music festivals and medicinal cannabis, it can be easy to forget that drugs such as cocaine are still popular and cause significant issues in our communities and workplaces.

Like ICE, cocaine is a stimulant drug. Physiologically, this means it speeds up the messages travelling between the brain and your body. In common language, this means it’s an upper rather than a downer. Like cannabis and heroin, cocaine is a natural substance that comes from the coca bush, a native of South America. The leaf is used to produce 3 forms of cocaine – cocaine hydrochloride, freebase and crack. The first is usually snorted but can be injected, rubbed into the gums and added to food and drinks, while freebase and crack cocaine are generally smoked.

Interestingly, native South Americans traditionally chewed the leaves of the coca bush or brewed them into a tea, for stimulation or to suppress appetite.

How many Australians use cocaine? While it’s certainly not used by a large proportion of the community, cocaine is still one of the more popular illicit drugs. According to the Alcohol and Drug Foundation, around 8.1% of us over the age of 14 have tried cocaine at least once and 2.1% have used the drug in the past 12 months.

Coincidently, these statistics are very similar to the drug ICE.

In the workplace, cocaine is still one of the main drugs picked up by Integrity Sampling and other organisations that conduct workplace drug testing. And, while its effects aren’t usually as severe as ICE, cocaine can still pack a punch.

While cocaine can make people happy, talkative, energetic and alert (and yes, even help reduce appetite), it can also lead to enlarged pupils, higher blood pressure, faster heartbeat and breathing, higher body temperature and the ability to tolerate pain. If they’re somewhat unlucky -– and remember there is no such thing as a safe level of drug use – users may also experience violent behaviour, nausea, extreme anxiety, chest pain, panic, hallucinations and other symptoms. If they’re extremely unlucky, or have a large amount of cocaine or a strong batch, they may experience kidney failure, a seizure, stroke, heart problems, coma and even death.

Those who are coming down from cocaine – the cocaine hangover – may also endanger themselves and others at work as they can experience anxiety, depression, mood swings and exhaustion.

These and other effects of cocaine mean that people under the influence of the drug clearly don’t have a place at work. 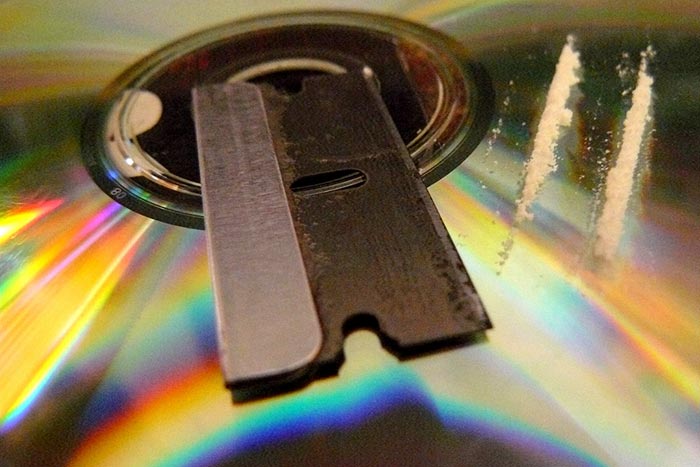