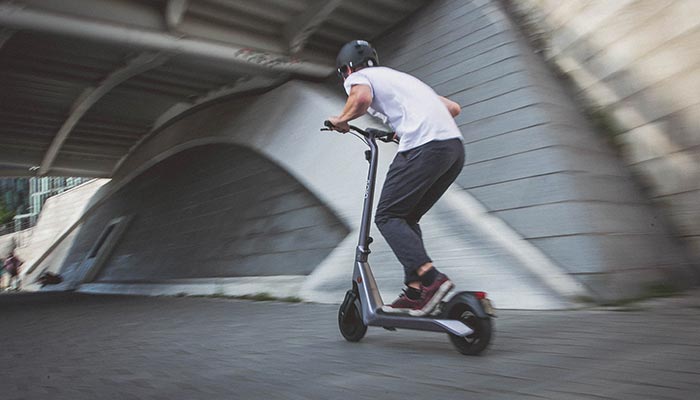 Can you be caught for drug testing in Melbourne while riding a scooter? As highlighted by an article in a recent Whitehorse Leader, yes you can and while the incident may sound somewhat funny it does have a serious message.

The incident involved a Nunawading man who was noticed by Victoria Police while patrolling along Whitehorse Road in Nunawading, one of Melbourne’s major thoroughfares. He was stopped because he was travelling at over 40 km/h, without a helmet and with a scooter that did not have any lights. To top it off, he rode through a stop sign without slowing down.

Drug testing of the Melbourne man found that he was allegedly under the influence of an illegal drug. His troubles didn’t end there, however. Victorian law stipulates that a motorised scooter is limited to a maximum of 10 km/h and must have a maximum output of 200 watts or less. His scooter was not only well over the 10 km/h limit, but also had a 2400 watt engine.

According to the article, if a scooter does exceed these limits they face the same road rules as a person driving a car or operating a motorbike. Therefore, the man now faces charges of unlicensed riding, using an unregistered vehicle, driving under the influence of an illegal drug, failing to wear a helmet and failing to obey a stop sign.

The man had his scooter impounded and will face the Ringwood Magistrates’ Court at a later date.

How else can you fail drug testing or alcohol testing in Melbourne?

The article got us wondering, how else can you fail roadside drug testing or alcohol testing in Melbourne, that doesn’t involve a car or motorbike?

According to Go To Court, while some Australian states and territories do have specific laws relating to riding bicycles while intoxicated, Victoria doesn’t. In addition, Victoria Police does not have the power to conduct drug testing or alcohol testing on a bike rider. That doesn’t mean you should ride your bike to the pub for a big session, however, because police in Melbourne and across Victoria can charge you with being drunk in a public place or a similar charge. It’s worth noting that powered bicycles are considered to be motorbikes once they go over certain specifications.

For horse riders, the laws are a little less clear. An antiquated law of being ‘drunk in charge of a carriage’, relating to horse drawn carriages, still exists and can potentially be applied. However, in practice it rarely is. This differs somewhat in Queensland, where you can be charged with riding a horse under the influence. This occurred three years ago after a female rider was stopped when riding her horse through a bottle shop. We kid you not!

While not relating to Victoria, there have been some weird and wonderful ways that people around the world have failed drug or alcohol testing. These include:

The serous message about drug and alcohol testing

While many of these examples may make you laugh, there is of course a serious message. That it’s not just dangerous riding a motorbike or driving a car while intoxicated or under the influence of drugs. When you go to work, particularly if you work in a role that is safety focused, ride a scooter or even operate a Christmas float, you need to have your wits about you, and that means not being under the influence.

A man has been charged in Melbourne while riding his motorized scooter while under the influence of illegal drugs. Credit Okai Vehicles https://unsplash.com/photos/XCtN1IR1qOI