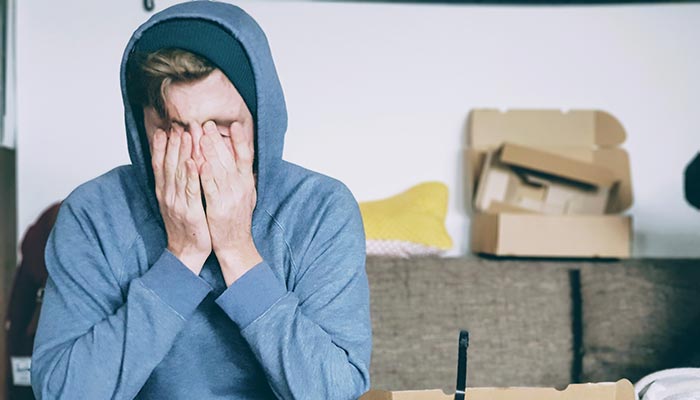 If one of your employees was an amphetamines user, and was coming to work under the influence, what would be the potential threat to your business or to you?

If you answered that the worker’s productivity would be down, they would be regularly late to work or didn’t turn up at all, or that they would be a risk to themselves and others, you’d generally be on the right track. But in a recent case in Cannonvale, Queensland, another impact of drug use came to the fore with potentially alarming results.

The incident occurred when Daniel Burgess, who was using drugs at the time, wrongfully believed a colleague was withholding his pay. According to an article in The Courier Mail, this led to him storming into the office of his workplace late in 2019 to argue with the colleague. Mr Burgess physically assaulted the colleague, before going to his car, grabbing a tomahawk and returning to the office to threaten the colleague with the small axe. Thankfully, another work colleague called out to Mr Burgess’ before anything else happened, and he left the building.

The work colleague who was the victim of the assault, resigned from the job two months later because of the impact. Meanwhile, Mr Burgess pleaded guilty to assault occasioning bodily harm and common assault. He was recently jailed for one year wholly suspended for two years. According to The Courier Mail article, he was also placed on two years’ probation with the condition he have appropriate treatment, abstain from illegal drug use and take part in drug testing for the duration of the order.

The net result is that at least two people were severely impacted by the incident and drugs played a big part. That’s not to mention the impact to the workplace that the incident is likely to have caused.

The judge hearing the case, Ian Dearden, likely spared Mr Burgess from jail because he had an excellent work history, was in a solid relationship and had already taken proactive steps to address his drug habit.

In the article, it’s said that Judge Dearden accepted Burgess was under pressure and using drugs at the time. “If this doesn’t send a message that amphetamines can do really stupid things to otherwise sensible people, there’s your proof,” Judge Dearden said, adding it was more “good luck than good management” he did not cause more damage.

Could drug testing have helped prevent the incident?

While many people think of drug testing as punitive, there’s a possibility that if this workplace had a drug and alcohol management plan and conducted testing, the incident and the resulting impacts may never have happened. That’s because workplace drug testing can alert owners and managers of potential issues before anything occurs.

Using this particular case as an example, if the workplace had conducted random drug testing and Mr Burgess provided a positive test result, the workplace could have offered Mr Burgess support to help him with the issue. While consequences such as suspension or loss of job are sometimes the result of drug testing, those consequences are usually only after repeat offenses or on those occasions where a workplace (such as aviation and heavy transportation) has a zero tolerance policy.

If this post has you asking, “What could be the impact of drugs on my business”, contact Integrity Sampling to talk about your concerns.

Violence and threats of violence are just two of the potential negative impacts of drugs in the workplace. Credit Christian Erfurt https://unsplash.com/photos/sxQz2VfoFBE