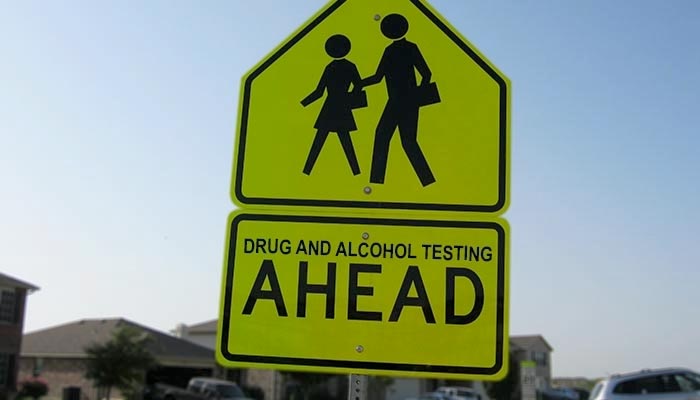 If you set up roadside drug testing at school drop off, how many drivers do you think you’d catch with drugs in their system? Somewhere between one in 50 or 100? Well, if targeted operations in SA is anything to go by, the number could be much worse than that.

How much worse? Try one in 11. That’s right, targeted drug testing operations in SA at school drop off has caught one in 11 drivers with drugs in their system. And, according to an article in the Courier Mail, SA Police have described the behaviour as “abhorrent”.

The one in 11 figure comes from 185 positive roadside drug testing results from 2080 parents tested in 30 school zone operations by SA police since 2017. That’s around 8.9 per cent of drivers testing positive to drugs such as methamphetamines and cannabis. In some cases, drivers were caught with two types of illegal drugs in their systems.

“It is particularly abhorrent to think that a parent would endanger their own child by transporting children in a car after using drugs,” said Traffic Branch head Superintendent Bob Gray in the Courier Mail article.

“Drug drivers are a danger to themselves and to all road users. Random drug testing of drivers is conducted throughout the year and dedicated drug testing operations are conducted at regular intervals – including specific operations targeting school zones.”

South Australia Police efforts near schools has been increasing with five yearly school zone operations in 2017, seven in 2018, eight in 2019 and 2020, and two in the first three months of this year.

South Australia Police Minister Vincent Tarzia said in the article that the government has upped the roadside drug testing program around schools.

“SAPOL’s targeted operations to detect drug drivers in school zones has increased,’’ he said in The Courier article. “The Marshall government will continue to work closely with SAPOL to stamp out drug driving. This behaviour is unacceptable.”

Take the case of Stacey Panozzo, who’s seven-year-old son was killed in a road accident on SA’s Fleurieu Peninsula. She was driving the car in which her won was killed, high on ICE (methamphetamines) at the time of the accident. In late 2019 she was sentenced to three years and eight months in jail. She was also banned from driving for a decade.

According to an article on ABC News, incredibly Ms Panozzo breached her bail conditions seven times before the sentencing. All were for positive drug testing results for ICE or MDMA (ecstasy). She also admitted to driving while her licence was suspended while on bail.

Clearly failing roadside drug testing in SA is not the worst consequence from driving with drugs.

Targeted drug testing operations in SA at school drop off has caught one in 11 drivers with drugs in their system over the past few years. Credit Clover Autrey (image modified) https://www.flickr.com/photos/84388958@N03/7729294806/