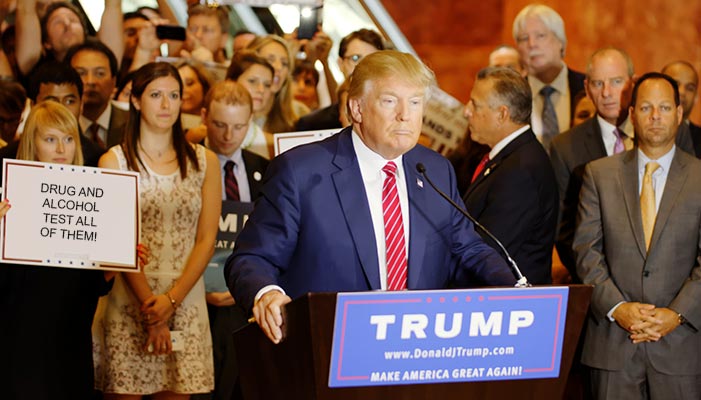 A couple of weeks ago we asked the question in a blog, should our politicians face drug and alcohol testing? Well, the vote is in and, perhaps not surprisingly, the yeas win in a landslide!

To recap, the blog focused on whether our politicians should face drug and alcohol testing even though there’s no significant safety reason to do so. In Australia, drug and alcohol testing in the workplace is all about reducing safety risks, however, given the important nature of the job (politicians essentially run our country and make important decisions on our future) perhaps they should be the exception.

We asked people to place their comments (cast their vote!) on Facebook and the question certainly got people involved. We reached 993 people with our post and had 183 engagements. And we had, what is for our posts, a large number of comments, all of which voted in the affirmative that our politicians should face drug and alcohol testing. Comments such as:

We also, perhaps not surprisingly again, had several comments that we can’t publish because of the language they contain and a few suggesting that many of our politicians must be on drugs, given some of the decisions they make!

Drug and alcohol testing on our roads

In other news, a recent Drinks Trade article has highlighted what we’ve been saying in our blogs for some time, that drug driving is now a bigger issue on our roads than alcohol.

The article quotes several sources, including:

Clearly, while drivers over the legal alcohol limit are still are concern, it’s drug-affected drivers that are causing the most headaches, Which is why we’ll continue you to see drug testing numbers rise in all states and territories of Australia in the coming years.

The vote is in and drug and alcohol testing of politicians in Australia wins in a landslide. Maybe those in the United States would agree! Credit Michael Vadon (image modified) https://www.flickr.com/photos/80038275@N00/20522787434/