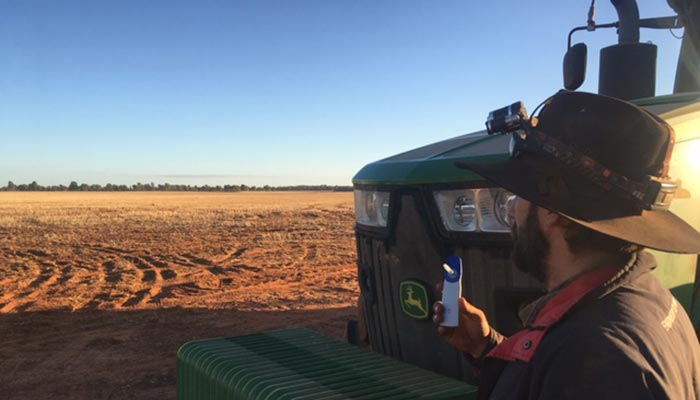 There was an interesting article in a regional newspaper recently regarding the concern from the agricultural industry about the high use of the drug ICE in regional areas. So, let’s take a look at the article and the questions it has raised about workplace drug testing.

The article was published by The Stawell Times-News and highlighted the concern of NSW Farmers Wagga district branch chairman Alan Brown. He says in the article that he believes ICE is a serious problem in the agricultural industry in some regional areas.

“The machinery that farmers and their employees frequently use has enough dangers, but when drugs are added to the mix it just adds to the risk – and not only for the individual, but those working around them,” Mr Brown said in the article.

Mr Brown’s views are backed up by the drug testing of wastewater being carried out by the National Wastewater Drug Monitoring Program. The program is monitoring wastewater at a large number of sites across Australia (50 sites in December 2018), covering well over 50 per cent of the Australian population.

While the findings from the program are far-reaching and do change from monitoring period to period, in the latest report average use of methylamphetamines, including ICE, was higher in regional areas than in capital city areas. In fact, use of other drugs, such as MDMA (ecstasy) MDA, oxycodone, fentanyl and cannabis was also higher on average in regional areas.

Workplace drug testing in regional areas a must

The key message for business owners and managers from the Stawell Times-News article and the National Wastewater Drug Monitoring Program is that managing drugs and alcohol, including conducting workplace drug testing, is a must in any industry where safety is important. Yes, that goes for the agricultural industry. But it’s also important for transportation, aviation, mining, manufacturing and any industry where safety plays an important role.

The good news for many, in fact most, regional areas of Australia is that Integrity Sampling has you covered. We have branches in many regional areas (see below) and our geographical coverage is even wider. Plus, we can help you with all your drug and alcohol management needs, including developing policies and procedures, conducting workplace drug testing and helping to educate your employees on the dangers of drugs in the workplace.

Workplace drug testing is one way to help combat the effect of the use of drugs such as ICE in regional areas. Credit Daniel Lee https://www.flickr.com/photos/dlee13/7757157748/.