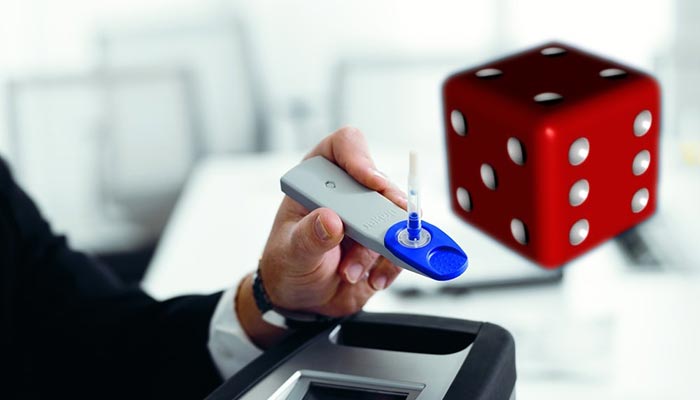 Pre-employment drug testing, testing following an incident, testing an employee who you suspect is under the influence… There are several different drug testing methodologies, but if you’re truly serious about safety in your business in Victoria, random drug testing is likely to be one of the tools you utilise to ensure a safe workplace.

Conducting random drug testing in a Victorian workplace is, as the name suggest, somewhat of a random exercise, but it’s far from haphazard. To be truly random, your drug testing needs to ensure that every employee has the same chance of being chosen for testing. On a large workplace in Victoria, the randomness of your random drug testing may include aspects such as:

By making sure your testing is truly random, employees will soon understand that if they do take the risk and come to work under the influence, they’ll eventually be caught.

Random drug testing in Victoria isn’t a roll of the dice… Or is it?

Another reason to ensure the random drug testing you conduct in your Victorian workplace is truly random, and you can provide evidence to prove this, is to eliminate the chances of some employees believing they are being targeted and potentially discriminated against. While discrimination cases relating to drug testing are rare in Australia (but less so in the United States) the last thing you want is for any employee to feel as if they are being targeted.

However, having a random program of drug testing does mean some employees might be tested more regularly than others. Why? Well, consider the randomness of rolling a dice. The chances of rolling any number is one in six or 16.7 per cent. If you roll again does this mean you won’t get the same number? Of course it doesn’t. The chances of rolling the same number two times is a row is slim, less than three per cent, but it can happen.

This is why it’s important to be able to provide proof of the randomness of your Victorian random drug testing and explain the randomness to your employees.

If you want to conduct random drug testing in Victoria, or need help to implement a drug testing program, Integrity Sampling can help. Our head office is in Melbourne and we have branches and consultants right across Victoria, who can help with all aspects of drug and alcohol management.

Random drug testing in Victoria and rolling dice might not have much in common, but they do share one similarity. Credit leadiv (image modified) https://www.flickr.com/photos/leadiv/2804896851/