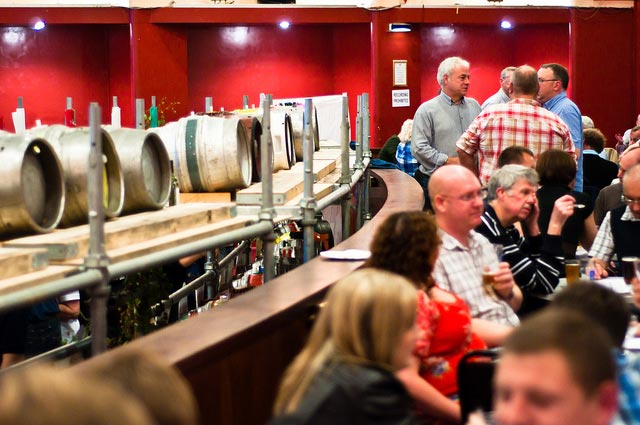 There was good news from the Australian Bureau of Statistics last week with a report into alcohol consumption in Australia showing a drop in figures.

The per capita figures represent a drop of over 3% and is the lowest figures since the early 1960s. Something we should all celebrate… with a glass of water!

So, what does 9.4 litres of pure alcohol look like?

According to an Australian Bureau of Statistics media release, “Using the average consumption levels for each category, the 9.4 litres of pure alcohol can be expressed as the average Australian aged 15 and over consuming the equivalent of 224 stubbies (375 ml) of beer, 38 bottles (750ml) of wine, 17 bottles (375ml) of cider, four bottles (700ml) of spirits and 33 cans (375ml) of premixed ready to drink varieties.

“If you keep in mind that around one in five Australians drink very rarely or not at all, that’s quite a lot for the rest of us, notwithstanding the amounts discarded or used for non-drinking purposes.” Beer, or more correctly consumption of beer in Australia, is the prime reason for the drop in figures. Consumption of the popular drink has dropped from 96.51 litres of beer consumption in 2012 to 83.96 litres in 2017. As a proportion of the alcoholic drinks consumed in Australia, beer has dropped from around 75% in 1966-67 to 39% in 2016-17.

So, while 224 stubbies of beer per person sounds like a lot – and it is – it’s a sobering thought that in the mid-70s, when beer consumption hit its peak, the consumption per Australian was equivalent to over 500 stubbies!

On our roadsides, alcohol testing figures are matching the falls being seen in alcohol consumption by Australians. In general, Australians are heeding the warnings of the dangers of drinking and driving, although there are always those who are willing to take the risk.

Even better news, the number of deaths on our roads where alcohol was a factor has dropped significantly in recent decades. In Victoria, for example, in the 5 years before 1987, more than 110 drivers and motorcyclists were killed with a blood alcohol level greater than 0.5%. This has reduced dramatically to a low of 28 in the most recent 5-year-period.

However, a worrying trend has seen this figure rise since a record low in 2014, with the figure in 2016 reaching a worrying 34. That’s 34 drivers and motorcyclists who died on the roads with a blood alcohol level above the legal level.