We’re not sure whether to shake our heads or laugh at the news that a woman in Logan, south of Brisbane, has failed an alcohol test. Now, we certainly know it’s not funny when someone blows over 0.05 BAC during an alcohol test, but when the woman is riding a horse there is a somewhat comical aspect to the event!

The incident happened last week when, allegedly, the woman rode the horse to a bottle shop late at night. Police were called when the woman refused to leave. Police found the woman, and again we stress allegedly, riding the horse through the drive-through section of the bottle shop and appearing heavily under the influence.

Police took the 51-year-old a short distance to the Logan Central Police Station where she allegedly blew over the limit during an alcohol test. The woman is due to appear in court later this month for being in charge of a horse while under the influence of liquor.

There are a couple of important points to note about the incident. Firstly, and most importantly, police have used the incident to remind everyone that it is an offence to ride a horse on or near roads while over the limit. The reasons are commensense and are to do with the safety of the rider, the horse and other road users.

The other important point is that at 0.226 blood alcohol level or BAC, which is what the female horse rider allegedly blew, she was approaching a dangerous level of alcohol consumption. At this level she may have been unable to walk without help, may have been sleepy and have had laboured breathing, and potentially could have lost consciousness. She also may have been unable to remember the event the next day, which is perhaps not a bad thing!

At over .3 BAC coma and death are not uncommon.

It’s certainly not the first time that a person has been charged for riding a horse while intoxicated. And a horse may not be the most unusual ‘vehicle’ involved in an offense. According to a leading lawyer’s website, while you can obviously be charged with drink driving while operating a car, motorbike, tram, train, boat or ship, you can also be charged if you’re operating a non-motorised vehicle, such as a bike, skateboard or scooter.

The ultimate lesson here is that if you’re going to have a few drinks, get someone who is not drinking to drive or use public transport. You could of course walk, if you’re safe to do so and still have the ability! 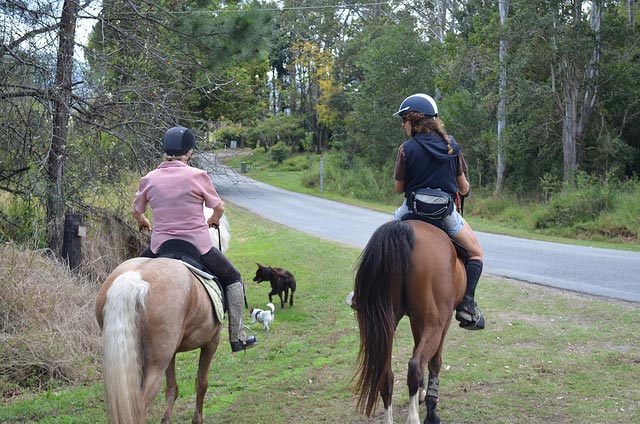