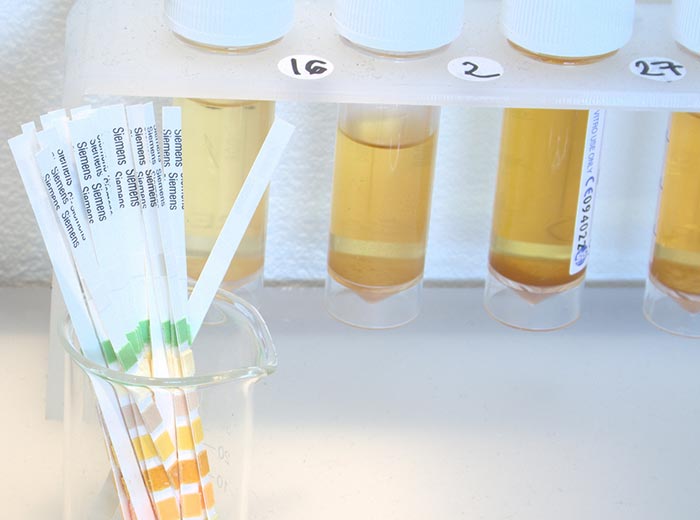 One of the many reasons we give for recommending saliva drug testing over urine drug testing is that urine testing can be subject to tampering. While some may think we’re taking the piss (sorry for the pun!) here is further proof from the United States that this is a very real issue.

Drug testing consultants in Alabama are reporting a new wave of people trying to use synthetic urine to fool drug testing. At one workplace drug testing site, at least 10 workers a week are being caught using synthetic or fake urine in an effort to pass drug testing.

NBC News 15 did some investigating of their own and found they could purchase a fake urine kit at petrol stations for only US$10.99. The kit includes the fake urine and heating pads, to warm the mixture to body temperature. It is not illegal to sell fake urine in Alabama.

The news outlet quotes a drug testing technician in Daphne, Alabama, who says their testers are getting an average of two people trying to pass off the fake urine every day. She added that every effort is made to crack down on the practice, however, she admitted that it is difficult to detect the fake urine every time.

“Even if a tech follows every procedure some people still manage to fool the test because it doesn’t detect if it’s real urine, it’s only looking for drugs,” the technician is quoted in the NBC News 15 online article.

Using a product such as fake urine isn’t the only way that urine drug testing can be fooled. In some instances, employees have tried to pass off other people’s urine as their own in order to pass drug testing.

Want to know about saliva testing? See our saliva drug testing page on the website or give us a call on 1300 SALIVA.