In a world where we carry what once would have been thought of as a supercomputer in our pocket (and you can even make phone calls with it!) you would think there’d be a more hi-tech way to carry out drug testing than having someone pee in a jar. Well, the good news is there is and if your workplace is in Tasmania your drug testing efforts can ditch the sample jar and join the 21st Century.

Using the Drager DrugTest 5000, the drug testing process is quick, non-intrusive and simple. Most importantly, it’s also accurate, with an accuracy of greater than 99%. Put simply, this means that if that an employee provides a positive drug testing result in your Tasmania workplace, you can be pretty much guaranteed that their subsequent sample will prove positive as well.

The process is very similar to that used by most police forces throughout the world who conduct roadside drug testing, including many that also use the Drager DrugTest 5000.

Another great aspect of the Drager DrugTest 5000, particularly as it relates to drug testing in more remote areas of Tasmania, is the unit is completely portable. This means if your workers are on the road or in another area where there are no restroom facilities or electricity, drug testing can still be carried out.

If you want more information on the Drager DrugTest 5000, contact Integrity Sampling.

If you’d like to organise drug testing for your Tasmanian workplace, using the Drager DrugTest 5000, give Integrity Sampling a call on 1300 SALIVA. We service much of Tasmania and have branches in Hobart and Launceston. 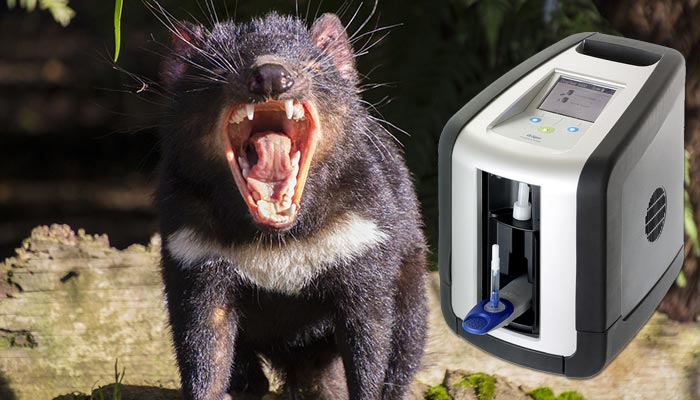 Here’s something to shout about! Drug testing in Tasmania goes hi-tech with the Drager DrugTest 5000.