Can you refuse a drug test at work?

Before we answer the roadside question, let’s first recap what can happen if you refuse to take part in drug testing at work.

If you’re an occasional or regular user of illegal drugs and work in a business where drug testing is carried out, this is a question you may have asked yourself, particularly if you’ve recently taken drugs. What you’re really asking yourself is, “am I better possibly failing a drug test or refusing a drug test”.

First, let’s answer the simple question of whether you can refuse a drug test at work, because the answer is also simple, and it’s a yes. No one can force you to undergo drug testing, whether they it’s your supervisor or someone from the highest level of management.

So, as we’ve discovered in other blogs, the real question is about consequences. If your business undertakes drug testing, it’s highly likely they also have a workplace drug and alcohol policy, which should detail what happens if someone refuses testing. In some cases the what happens – the consequences – may be even worse than the consequences for failing a drug test. It will depend on your workplace and the employment conditions.

The bottom line is that you’re better off taking the drug test as generally the consequences for failing a test is no worse – and often better – than refusing.

Can you refuse a drug test on the roadside?

Roadsides are really no different to the workplace when it comes to your right to refuse a drug test, if requested by police:

A Kyabram man recently found out the hard way that it is better to fail a drug test than refuse one. He was pulled up by police in September 2017 and asked to under drug testing. The preliminary test was positive. He was then asked to under an evidentiary test but he refused, despite the officers warning of the consequences.

The man, who has previously had two drug driving convictions – had his licence suspended for 4 years in a court case last week. 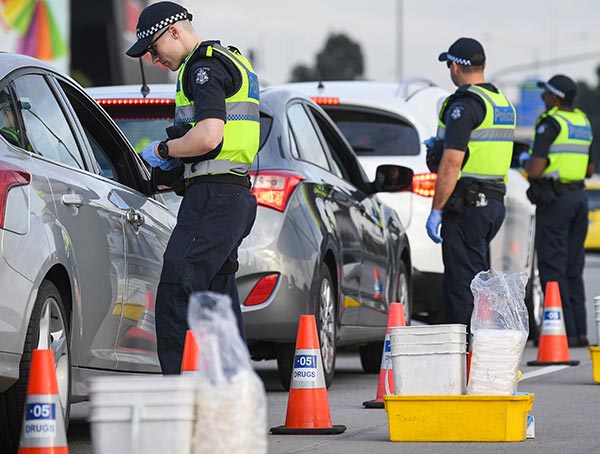