In Australia, it’s estimated that around 15 per cent of employees are subject to workplace drug and alcohol testing. And the number is growing, with an estimated 10% increase in the figures in last 10 years alone.

While these figures may be higher than you would think, they are a long way from a close compatriot of ours, the United States, where an estimated 70 per cent of employees undergo drug and alcohol testing.

But, a change appears to be in the wind.

According to a recent Press Herald article, with employers struggling to hire workers and cannabis legal in nine states and the nation’s capital, drug and alcohol testing is on a slow but steady decline. This is particularly the case for pre-employment testing, which, as mentioned above, has been an extremely common practice.

According to the article, testing for cannabis in particular has restricted the pool of people that are eligible to be hired.

“In surveys done by the Federal Reserve last year, employers cited an inability by applicants to pass drug tests among reasons for difficulties in hiring. Failed tests reached an all-time high in 2017, according to data from Quest Diagnostics Inc. That’s likely to get worse as more people partake in state-legalized cannabis,” the article states.

In what could be seen as a move to mirror the Australian drug and alcohol testing model, the article states that some jobs, such as those involving the use of heavy machinery, will always require drug tests. Drug testing is still required for any employee working on a government contract, even in states where cannabis is legal. Companies are also reserving the right to test after an accident or if an employee comes to work notably impaired.

The article states, “Employers can also get discounts on workers’ compensation insurance for maintaining a “drug-free workplace” by, in part, drug-testing workers. But the types of workplaces forgoing pre-employment tests already enjoy relatively small savings. A job in an office setting, for example, won’t have very many workers’ compensation claims, compared to a factory. The money saved by meeting the qualifications for a drug-free zone isn’t worth it.” 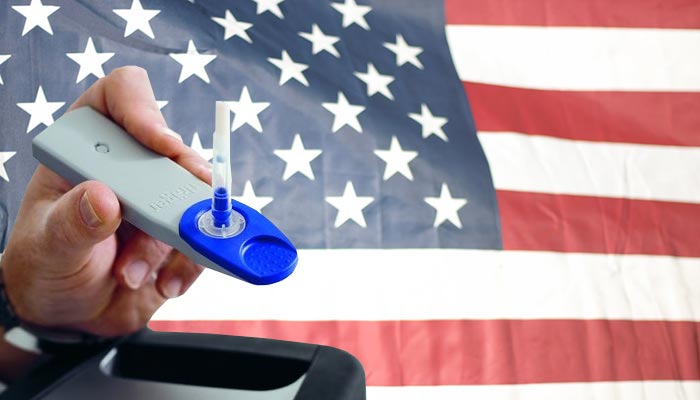