It may be far and away the most popular illegal drug in Australia – in fact, we’re one of the highest users of the drug in the world – but that doesn’t make it a safe drug, particularly when mixed with activities such as driving or work.

Cannabis and its affect on health

While drugs such as ICE get a lot of attention, and for good reason, cannabis use easily outstrips that of ICE. In Australia, 34.8% of Australians aged 14 years and over have tried the drug at least once in their lifetime and 10.4% have used cannabis in the past year. Compare these stats with ICE, with figures of 6.3% and 1.4% respectively.

While its use may be common, it’s illegal status suggests that cannabis is not safe.

Cannabis is a depressant drug, which means that it slows down the messages travelling between the brain and the body, and in larger doses it can produce hallucinogenic effects. The main active chemical in cannabis is THC or delta-9 tetrahydrocannabinol.

The effects of cannabis can include:

Cannabis in the workplace

With short-term effects such as increased heart rate, anxiety, problems with memory and thinking, and a loss of coordination, it’s clear that cannabis use has no place at work.

But, of course, you don’t need to take cannabis to work to get into trouble. Using cannabis in the period leading up to work makes you more likely to be involved in an accident and can see you fail drug testing.

Exactly how long it takes cannabis to work its way through your system will depend on a number of factors, such as the strength of the cannabis, the amount you took and other factors. It will also depend on what type of drug testing is carried out. As a general rule, however, it will take around 8 to 12 hours for cannabis to work its way through your system, to the point where you’ll be safe and won’t fail drug testing (and that’s for saliva drug testing, for urine it can remain for up to 40 days!). The timelines are unpredictable, however, and in some cases cannabis may remain in the system for longer. 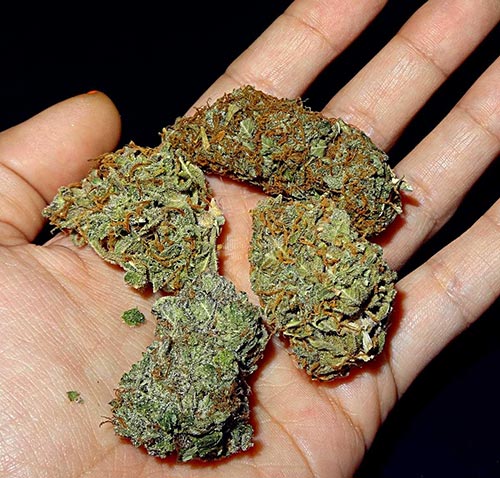