With around 1 in 10 drivers failing random drug testing on Victoria’s roadsides, you’d think the news just couldn’t get any uglier. But when you look at some of the individual cases, perhaps you’d disagree.

According to the Border Mail, a truck driver involved in a recent serious crash on the Hume Highway allegedly tested positive to methamphetamines (ICE).

It’s alleged the truck driver, who was a driving a B-double, ran into the back of another truck. The B-double veered through the median strip and ended up on the wrong side of the highway. Luckily no one was seriously injured.

Random drug testing in Victoria, the dumb and dumber way!

The police and The Age have described an incident last week as ‘dumb and dumber’.

It started when Highway Patrol officers pulled over a car with false number plates near Moe. The driver was not only disqualified but also under the influence of drugs. He called a friend to pick him up and the friend turned up in an unregistered vehicle. Worse still, you guessed it, the friend was also disqualified from driving and also under the influence of drugs.

While it does sound funny and like a scene from the movie Dumb and Dumber, the potential result is no laughing matter. A police spokesperson, quoted in The Age article, said, “They jumped in their cars, unlicensed and possibly affected by drugs, with no regard for the safety of other drivers on the road.”

Random drug testing may have been required to prove that a Victorian cab driver was under the influence of drugs, but it was his actions that gave him away.

According to the Herald Sun, the cab driver was seen by a member of the public smoking ICE. The member of the public recorded the incident on his mobile phone and then sent the footage to the Victoria Police and the Taxi Services Commission. The police eventually caught up with the cabbie, who underwent drug testing and returned a positive result. Drugs were also found in the taxi.

While these incidents are indeed ugly, they are simply recent examples and the tip of the iceberg.

Victoria Police carried out random drug testing on more than 95,000 drivers in 2016, with 8764 of these tests recording a positive for drugs. But the real ugly news from all this is that 84 people died in Victoria in 2016, with ICE, ecstasy or alcohol in their system.

That’s an ugly statistic that none of us should ignore! 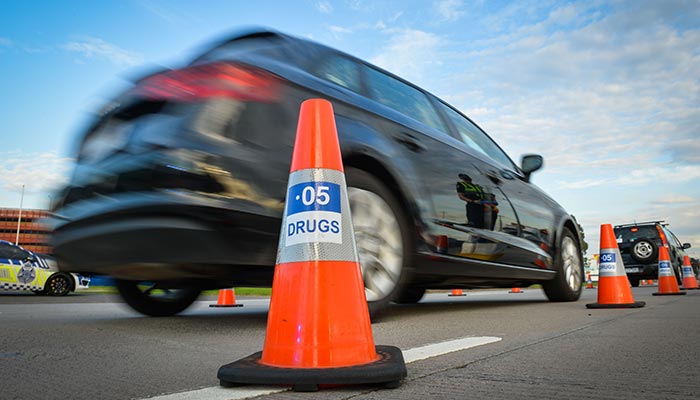