If you think illicit drugs such as ICE, cocaine and heroin are the major contributors to accidental overdose deaths in Australia, you’d be wrong. In fact, they’re not even close. In 2014 alone, prescription medications were responsible for 69% of drug overdose deaths, and a growing contributor to this figure is fentanyl.

As we discussed in our blog on January 16 this year, Fentanyl belongs to a group of drugs known as opioids. The same group of drugs as heroin and the well-known painkiller, morphine. Like other opioids, it slows the messages travelling between the brain and the body. It’s a strong painkiller, prescribed only by doctors with high level approval, for back injuries, cancer, nerve damage and severe trauma.

But as we discussed in the article, like many prescription drugs fentanyl is getting into the hands of people who haven’t been prescribed the drug. A recent ABC television and print article states that the black market for opioids like fentanyl is thriving. A fentanyl patch that would cost a few dollars from a local pharmacist can fetch up to $100 when sold by dealers illegally.

The same article claims that fentanyl is 50 times stronger than heroin. This is backed up by USA’s National Institute on Drug Abuse, which warns that fentanyl can be up to 100 times more potent than morphine and can be lethal in as little as one dose.

The ABC report describes the sobering story of a young Australian woman who ‘cooks up’ fentanyl to produce a high. Used like this, in particular, it can be fatal because users don’t know how much fentanyl they’re administering.

It’s also why around 91 people die every day from opioid overdose in the US!

While there are concerns that Australia is heading down the same path as the US, the different medical systems and lack of land borders are helping to keep the toll down. There is also a national plan for real time prescription monitoring that will hopefully help the situation. 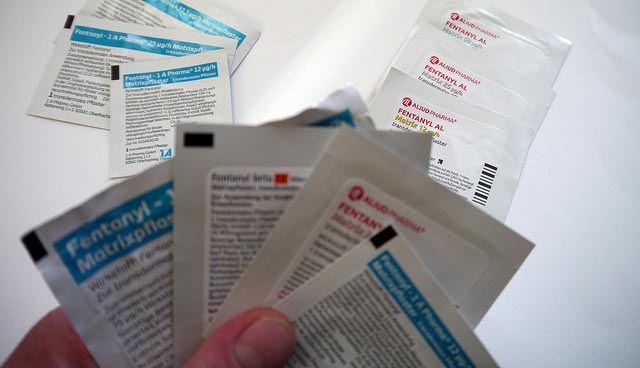