With continuing media attention on methamphetamines, commonly called ICE or crystal meth, it’s easy to assume that issues relating to the drug are growing. And with the recent release of data by the National Drug and Alcohol Research Centre, there is strong evidence that this is the case.

The study into the number of methamphetamine-related deaths in Australia showed that figures have doubled between 2009 and 2015.

The NDARC study examined 1649 deaths related to methamphetamines between 2009 and 2015. Findings include:

“To see such large and significant increases in mortality rates over the study period indicates a major methamphetamine problem,” Profession Darke said.

“With so much public attention focused on violence, many users may be unaware that heart disease is a major factor in methamphetamine-related death. Without increased awareness of the connection between methamphetamine use and cardiac and/or cardiovascular disease we could expect to see a significant increase in cases of this kind in the coming years,” Professor Darke said.

ICE in workplaces and on the roads

Of particular relevance to businesses concerned with the affect ICE is having in workplaces, is the finding that 245 of the deaths (15%) were as the result of traumatic accidents, including on the road and in the workplace.

This can be partly attributed to the impulsivity and inhibition-lowering nature of taking methamphetamines, as well as the drug’s other aggressive side effects. 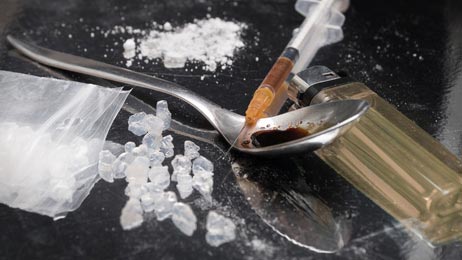