Community groups across Australia are joining forces to deliver targeted local action to help tackle drug use and addiction, with the campaign being warmly welcomed in Tasmania.

Supported by the Alcohol and Drug Foundation, the first 40 Local Drug Action Teams have been formed to tackle the challenges being faced by the community caused by ICE and other drugs. The large-scale effort has seen partnerships made between local councils, service providers, schools, police, sporting groups and non-government organisations.

Two of the 40 teams will focus their efforts on regions in Tasmania, the Central Highlands/Huon Valley and Burnie regions. It’s expected the teams will be up and running within months.

There are plans for 220 of the Local Drug Action Teams to be created across Australia over the next 3 years. The Tasmania teams, like all the teams across the country, will focus on delivering local health promotion, community-led education and mentoring programs, early intervention and prevention programs, and providing support for vulnerable people to minimise their risk of alcohol and other drug related harms.

The formation of the local drug action teams follows a landmark study that analysed the wastewater at 51 treatment plants, to detect for levels of illicit and licit drugs. Seven sewage-treatment plants in Tasmania were including in the testing. Part of the goal of the testing was to detect high problem areas for drug use.

The results for the drug ICE, which is of particular concern in communities due to its strong side effects, proved particularly interesting. In many capital cities, including Hobart, ICE use was below the national average. In fact, Hobart recorded the lowest level or all capital cities, alongside Canberra. However, in regional areas, including many regional areas of Tasmania, ICE use is above the national average. This includes one testing site in regional Tasmania where around 70 doses of the drug ICE were detected for every 1000 people.

The wastewater testing has helped to back-up the claim that Australians are proportionally using more methamphetamine, including ICE, than almost any other country. Conservative estimates suggest there are more than 200,000 ICE users in Australia.

But ICE isn’t the only concern and it’s not the only drug causing issues in Tasmania. Interestingly, one Tasmanian regional site had the dubious honour of recording the highest level of MDMA (ecstasy) of all of the 51 sites tested. Use of the prescription drug oxycodone was also high in Hobart and regional Tasmania sites. 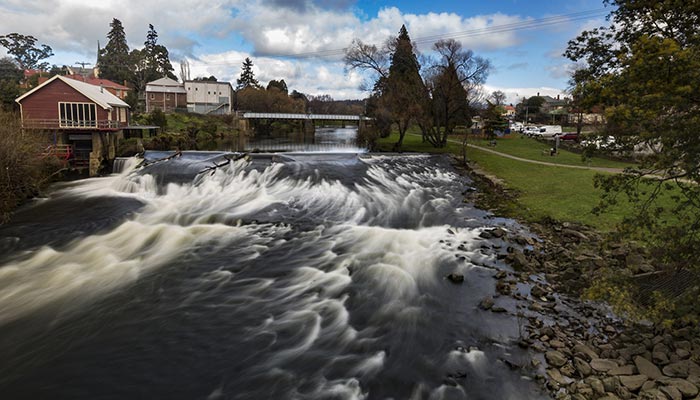