What type of person are you? Do you drink excessively? Do you do drugs? Are you the type of person who thinks turning up to work under the influence of alcohol or drugs is OK?

Now, according to recent data from the United States, the answers to these questions and more may lie in what type of job you do and what industry you work in.

The data, from the National Survey on Drug Use and Health in the United States, shows that if you work in the mining industry you have an 18% chance of being a heavy drinker, and are more likely to drink heavily than if you work in any other industry. This was followed by construction on 17% and hospitality on 12%. Jobs such as manufacturing and transportation also recorded high percentages of heavy drinkers.

When it comes to illicit drugs, hospitality workers are most likely to be users with 19% admitting to using illicit drugs. This was followed by the Arts & Entertainment sector and management. Construction, manufacturing and transportation again recorded high percentages.

According to a Washington Post article, it’s not necessary the job or industry sector that predicates whether a person is more likely to drink heavily or take illicit drugs, it’s probably more to do with the type of person who works in the industry. For example, the researchers noted that miners are more likely to be young and male and, in the United States, young males are more likely to drink at at-risk levels than any other part of the population.

Turning up to work under the influence a costly business

While data from the United States doesn’t directly correlate with Australia (for example, as discussed in a recent post, older Australians are now more likely to drink at at-risk levels than younger Australians) what can’t be argued is that the abuse of alcohol and drugs costs the economy billions of dollars each year.

In the US, the latest available estimate puts the cost at $193 billion a year, and that was in 2007.

This amount was made up of:

In Australia, the cost is estimated to be around $6 billion a year in lost productivity. When you factor in other negative impacts, such as morale, absenteeism and safety, it’s easy to see that alcohol and drug abuse is a costly business. 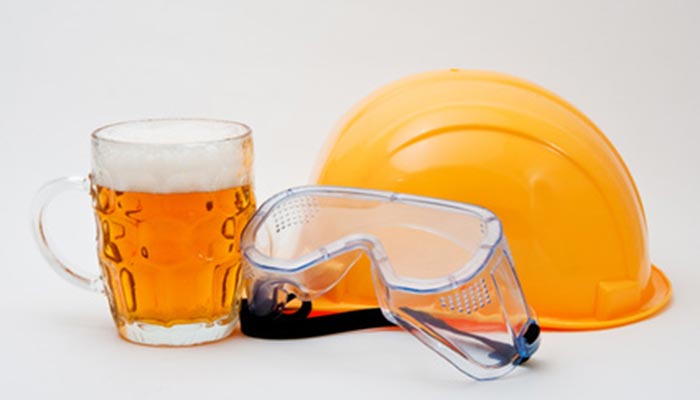