If your workforce is mainly on the older side, you may think you don’t need to conduct workplace alcohol testing. After all, abuse of alcohol is mainly a younger person’s issue, isn’t it?

Well, no it’s not. In fact, recent research suggests that while young people are taking notice of health warnings and their risky drinking rate is declining, the same can’t be said for older Australians.

The warning – for employees, health authorities and the community in general – follows the most recent National Drug Strategy Household Survey.

The survey found that while the proportion of people aged 18 to 39 drinking at at-risk levels has dropped since 2010, there was little or no change in the risky consumption of alcohol of people 40 and older, and in some age groups the rates are higher. In fact, people in their 40s (40 to 49) are now more likely to drink at risky levels than any other age group.

It’s thought there are a number of reasons why more older Australians are drinking at risky levels. These reasons include more free time, less responsibilities, grief associated with losing a loved one or separating from a partner, inability to engage in activities, health conditions, loneliness and isolation.

All this means that workplace alcohol testing is important, no matter what the age of your employees. In fact, if most of your employees are in the 40s age bracket, it could be argued you should be focussing even more on potential issues with alcohol.

Workplace alcohol testing isn’t the only solution. Having a Drug and Alcohol Management Plan and educating employees about the risks of alcohol and other drugs are also vital measures to protect your business. 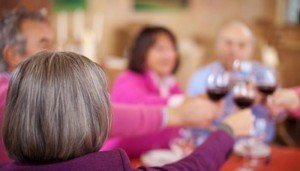