The misuse of prescribed and over the counter drugs was again thrust into the spotlight last week, following the hospitalisation of two NRL stars after allegedly overdosing on prescription drugs. It’s clear from research that the misuse of pharmaceuticals isn’t a minor problem and it’s certainly not one just affecting sports stars, so it’s an issue that all workplace owners and managers should be concerned about.

How serious is the issue of misuse of pharmaceuticals? According to a national drug survey held earlier this decade, 4.2% of Australians reported non-medical use of a pharmaceutical in the previous 12 months.

Opioids, including over-the-counter codeine drugs (see Codeine positive tests on the rise) and benzodiazepines, generally prescribed for sleeping issues, are two of the most common drugs that result in misuse. In one year alone, in Australia, around 10 million scripts for benzodiazepines are written; it’s estimated that one in 50 Australians are currently taking benzodiazepines.

For example, the side effects of misuse of benzodiazepines can include cognitive impairment. The misuse of opioids can lead to symptoms such as dizziness, confusion and blurred vision. While these side effects can have an affect on people’s health, they also clearly don’t belong in a workplace or on the roads.

For workplaces owners and managers, to protect you and your business it’s important that prescribed and over the counter drug use is part of your drug and alcohol management program and you educate your workers on the dangers of misuse. Most people don’t knowingly misuse prescribed drugs and over the counter drugs they do so because they don’t read the instructions on their medicines or haven’t listened correctly to their health professional. 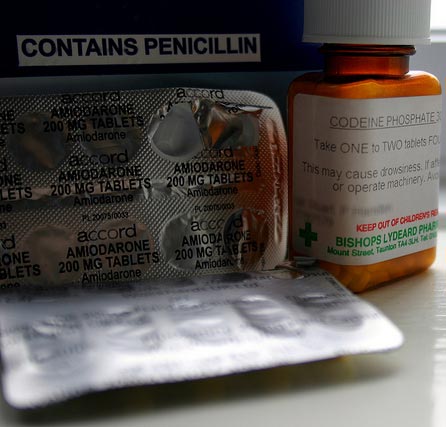