A recent poll conducted by the Australian Drug Foundation across a range of industries found that one in five people have gone to work while under the influence of alcohol. In addition:

One of the issues is that drinking alcohol is socially acceptable. Many people see it as a way of relaxing, celebrating and enjoying themselves. So, inevitably, the affects of alcohol use are seen in the workplace.

How does alcohol affect people in the workplace?

To reduce the exposure to the dangers of people being affected by alcohol in your workplace, what’s needed is an appropriate alcohol and drug management program. A program that not only includes random alcohol testing, but also education for people within your workforce.

For advice and support in implementing an alcohol and drug management program, contact Integrity Sampling on 1300 SALIVA (1300 725 482). 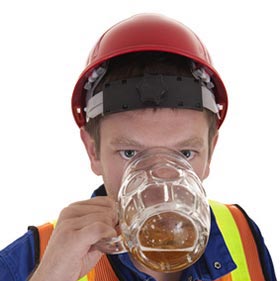