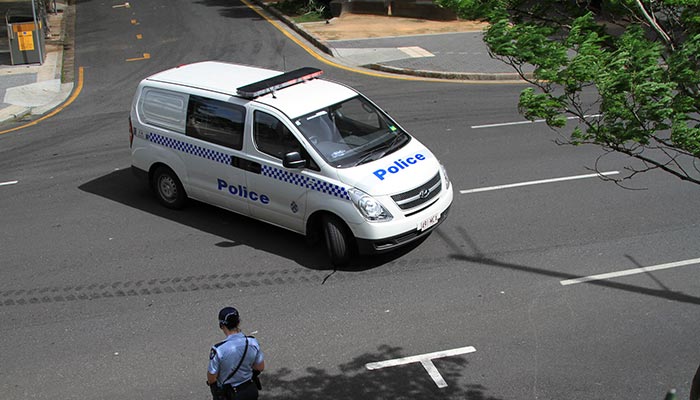 We’ve mentioned before in our blogs that if you’re faced with drug testing on a Queensland roadside or workplace, you’re better off taking the test and failing rather than refusing a test. Now, in Toowoomba, comes news of a truck driver who has not only refused a drug test, his locked himself in his truck to avoid it!

According to an article in The Chronicle, the incident occurred when Queensland Police asked a truck driver, who was working with a roadworks crew in a Toowoomba street, to undergo alcohol testing. After returning a negative result, the driver was then asked to undergo saliva drug testing. He refused, knocking the testing equipment from a police officer’s hand and then locking himself in the truck and winding up the window, all the time yelling abuse at the police.

Eventually the driver was convinced to exit the truck and undergo drug testing, although the abuse didn’t stop. He provided a positive result to cannabis and subsequent testing backed up the result.

Recently the driver pleaded guilty to drug driving in the Toowoomba Magistrates Court. He was given a fine of $1200 and disqualified from driving for one month. No conviction was recorded.

You can refuse drug testing, but you shouldn’t

Can you refuse drug testing if you are pulled up by Queensland Police, or asked to undergo drug testing at work? The answer, of course, is yes. No one is going to hold you down and forcibly make you provide a saliva sample (or dare we say urine sample!) in order to complete a drug test.

But that doesn’t mean you should. The consequences of refusing drug testing on roadsides vary from state to state, but generally refusing to take a test is viewed more harshly than taking the test and failing.

In Queensland, for example, if you refuse to undertake roadside saliva drug testing, you may be fined up to $5,514 or sentenced to a maximum term of imprisonment up to 6 months. You could also be liable for the same penalties as if you were charged with the offence of driving under the influence of drugs.

A recent case in Victoria highlights the difference. It involved a driver who tested positive for drugs in initial roadside drug testing and then refused the secondary or evidentiary testing. When told that he would be banned from driving for two years if he refused to take the drug test, the driver still wouldn’t take the test. If he had taken the test and failed, he would have faced only 12 months disqualification.

What about in workplaces? There is no common laws or regulations regarding drug testing in workplaces. Instead, workplaces develop their own rules in the form of a workplace’s drug and alcohol policy.

In general, however, the same applies as out on the roads. That is, you are better off taking the test and failing than refusing to undergo drug testing. Like on the roads, the consequences are likely to be less if you do take the drug test and fail.

You can refuse drug testing on the roads in Queensland, but that doesn’t mean you should. Credit Jono Haysom https://www.flickr.com/photos/jonohaysom/5348570036/