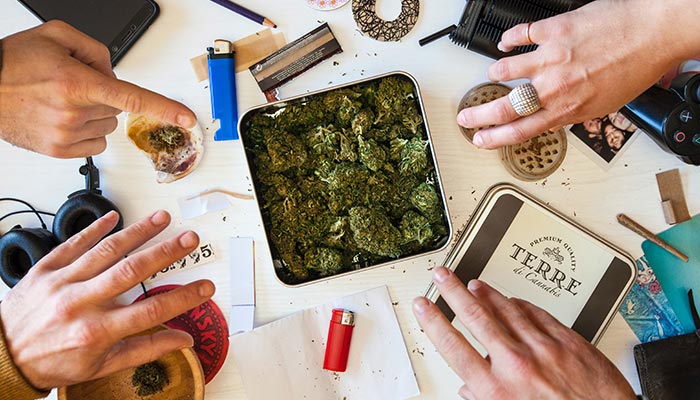 There’s been a new push to legalise cannabis in Victoria, so what would this mean for roadside and workplace drug testing in the state if it did go ahead?

According to an article on the KIIS FM website, there are renewed calls to legalise the sale and use of cannabis in Victoria for personal use. Recent calls have come from the Health and Community Services Union, which has suggested that by legalising the drug, it could take profits away from criminals and put it into public coffers.

In a Herald Sun article, Health and Community Services Union Secretary Paul Healey said many other places have legalised the drug and the world hasn’t ended.

“It will make a seismic change on how our state operates as a whole. The inaction in the addiction space is having a terrible impact on an already buckling mental health workforce,” Mr Healey is quoted as saying in the Herald Sun article.

Cannabis is Victoria and Australia’s most popular illegal drug. Around 35% of Australians aged 14 years and over have tried cannabis at least once in their lifetime. Just over 10% have used the drug in the past 12 months. Around 12,000 cannabis offences were recorded in Victoria in 2020. This was a big increase on the previous year.

What would be the effects on drug testing in the state?

We’ve seen similar questions asked when medicinal cannabis was legalised, although there are differences. Primarily, the big difference is that medicinal cannabis generally does not contain the psychoactive element that gets people high, called THC or tetrahydrocannabinol. Cannabis, of course, does contain THC, but whether it was legalised or not, it would still be against the law, and against workplace drug and alcohol policies, to drive or turn up to work with THC in your system.

You could liken it to the rules around alcohol consumption. You can still drink alcohol, you just have to make sure you are under the legal limit – whether that’s 0.05 or zero – when you drive a car or go to work.

In other drug testing news in Victoria…

The other headline from last week in Victoria surrounded a potentially serious incident in the Melbourne suburb of Braeside.

According to a Herald Sun article, the incident occurred when it’s alleged a drug driver sped off from a roadside drug testing site, injuring two police officers. Police had pulled the driver over late at night and he was asked to undergo drug testing. The test came back as positive. Officers were attempting to remove the keys from the car’s ignition when the driver sped off from the scene, injuring two officers in the process. Their injuries were non-life threatening.

We’ve highlighted in our blogs many times that it’s better to take a drug test – at work or on the roadside – and potentially fail than refuse to undergo the test. This latest incident takes this warning to a completely different level!

What would it mean for drug testing if cannabis was legalised in Victoria? Credit Terre di Cannabis https://unsplash.com/photos/rcjZYEHFgKE.