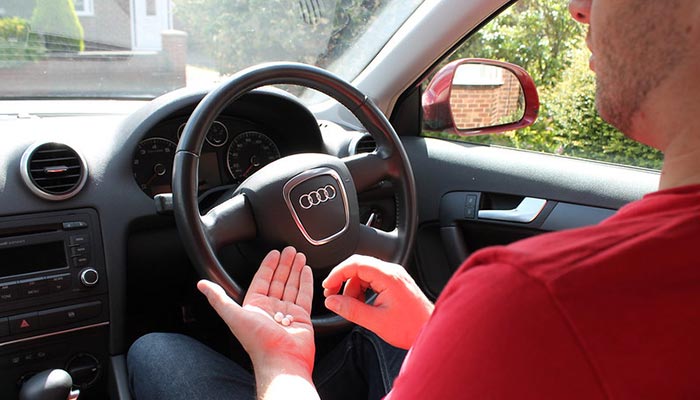 If you fail alcohol testing in Victoria repeatedly, eventually it’s likely you will receive a prison sentence. So, if you are a repeat offender for drug testing in Victoria you’d think you’ll also potentially face a spell in the big house, but you won’t.

In a legal quirk, an article this week in the Herald Sun has highlighted that “Drunk idiots behind the wheel can be jailed, but stoned or iced-up drivers that fail an oral fluid test – and are more likely to hurt someone – can’t.

Why? Pretty simply, it’s not possible under current laws for a judge to impose a prison sentence on a driver who has failed drug testing multiple times in Victoria. As highlighted in the Herald Sun article, this is in contrast to drink-driving laws.

The article uses the example of one driver who has failed drug testing on Victoria’s roads five times. Yet, the driver has not spent a second behind bars because a judge can’t impose a sentence. In another case, a driver pleaded guilty of driving while under the influence of both ICE and cannabis, and failing roadside drug testing in Victoria, three times in as many months. Likewise, he could only be fined $2000 and banned from driving for four years; no imprisonment could be delivered.

It sounds pretty ridiculous and at least one magistrate agrees.

According to the Herald Sun, “A veteran magistrate said what many were thinking when he told a court it was a complete crock that he wasn’t able to jail a crook who continually drove drugged-up.

“Magistrate Rodney Crisp said it was “ridiculous” he could not imprison high drivers appearing before him yet if the same bloke had been a big boozer he could have been slotted.”

Of course, there is a way that drivers who fail drug testing in Victoria can wind up in jail, and that’s by causing an accident or death by their dangerous actions. For example, in the case of a death, the offence is Dangerous Driving Causing Death. The maximum sentence for such an offence is 10 years in jail.

However, if a person who has failed drug testing in Victoria multiple times ends up killing or seriously injuring someone on the roads, many would argue that the prison sentence is too late. Perhaps if a prison sentence had been given earlier, before the serious accident, the accident could have been avoided.

What about in workplaces?

Do these types of loopholes exist in workplaces in Victoria where drug testing is carried out? Workplaces are different from roadsides in that there is no one overriding law that dictates consequences for given offences. Instead, each workplace needs to have its own policy for alcohol and drugs and this becomes the ‘law’.

If you fail alcohol testing in Victoria several times you can end up in jail, but not for repeatedly failing drug testing. Credit Insurance Revolution https://www.flickr.com/photos/189782165@N03/50293884072/