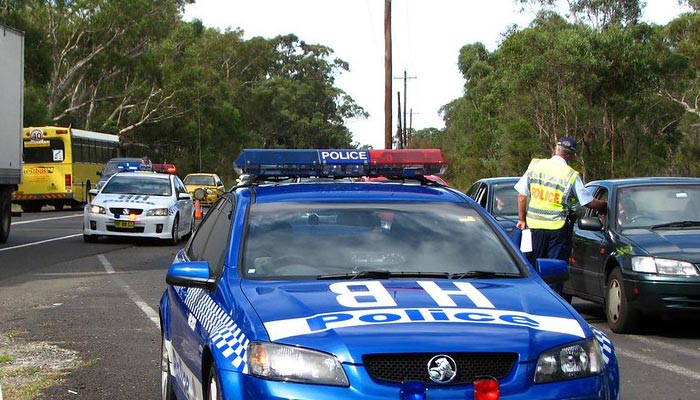 There’s a sport in Australia that it seems many of us love to play. There are a few versions but it can perhaps best be summed as the ‘knocking the people in charge’ game. In social media comments made under our posts, this often involves knocking the politicians and others that create the rules around drug testing and alcohol testing, and the police offers who enforce the rules.

A recent example came on our Facebook page several weeks ago, in response to an article  on NSW now targeting people who are under the influence of alcohol and drugs at the same time. The commenter simply said, “I will do the drug test as long as the police do one too SIMPLE equal opportunity”.

So, does the commenter have a good point? Do police officers face drug testing?

It is a reasonable question, although not necessarily because they’re the ones that enforce drug testing and alcohol testing rules. It’s a reasonable question because of the importance of safety in their role. They’re driving on our roads, responding to emergency calls, controlling traffic, arresting people and performing other tasks that require their full concentration and focus. A police officer who is under the influence of drugs or alcohol would be a danger to their own safety and the safety of the wider community.

Yes, they do. While police officers are employed by the states and territories and therefore can face slightly different rules, all police forces have drug and alcohol policies and face drug and alcohol testing as part of their job.

In NSW, for example, a police officer may face drug testing and alcohol testing 24 hours a day, 7 days a week. The testing can take the form of on duty random testing, targeted testing, mandatory testing, recall to duty testing or special follow up testing.

As it says in their Drug & Alcohol Policy Statement, “Drug and alcohol testing is intrinsically linked with the NSW Police Force commitment to Work Health & Safety and the requirement for all employees to exhibit a high standard of conduct, integrity and ethical behaviour.”

As with any workplace drug and alcohol management program, any good one at least, it’s not just about drug testing and alcohol testing. Education and support for police officers is also an intrinsic part of the policy.

Does every police officer in Australia go to work not under the influence of drugs or alcohol? Of course not. Police officers are humans and are subject to the same imperfections and issues as the rest of the community. In addition, there will be some people within any group that is willing to the take the risk with alcohol or drugs. That’s why drug testing and alcohol testing, as part of an overall management plan, is as vital for the police as it is in any job where safety is a priority.

What about the politicians and others who make the rules? There are some local councils that do have drug and alcohol testing for their councillors, but in general many rule makers don’t face testing. This is primarily because in Australia workplace drug and alcohol testing aims to save lives and improve safety. Like many white collar workers, the risks faced by politicians in their role is significantly less than say the risks faced by manufacturing workers, transport drivers, pilots, farmers, miners and the like.

COVID-19 rapid testing in the workplace

Increased roadside drug testing in Victoria could help to save lives

Cannabis in the workplace and beyond