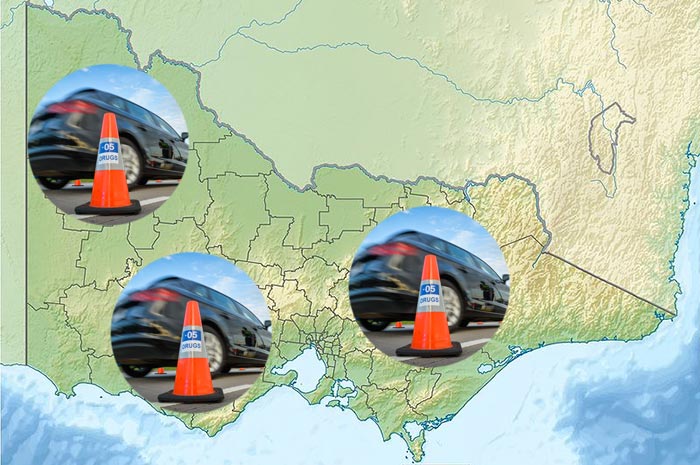 Police have a very clear message to motorists in regional Victoria who think they can take drugs and then drive: they will catch up with you!

The warning comes with an announcement that a drug driving enforcement trial in regional Victoria is here to stay. The trial, which will now become business as usual, gave the police the ability to conduct drug testing in Victoria’s smallest communities virtually anywhere at any time.

Western Region Superintendent Peter Greaney said for all regional motorists, including those in the west of Victoria, this means they can be expected to face drug testing more often.

“Prior to the trial, drug testing was done predominately by specialist units, including state and local highway patrol units, the Heavy Vehicle Unit, and the Road Policing Drug and Alcohol Section (RPDAS),” he said.

“The inclusion of these one-person stations means that drivers can expect to be pulled over for a roadside drug test anytime, so be warned – if you take drugs and drive, you will be caught.”

While the announcement is certainly bad news for those that take drugs and drive it’s also not going to appease those who are against roadside drug testing. However, there are many reasons why more testing is required in regional Victoria.

For starters, Superintendent Greaney points out that despite making up a little more than 20% of the Victoria’s population, over half of the lives lost on Victoria’s roads are in regional areas. He adds that it’s incredibly sad that regional areas in Victoria are overrepresented when it comes to serious injury and fatal collisions on our roads, and drugs and alcohol are far too often underlying factors.

As further proof of the need for increased drug testing in regional Victoria:

Workplace drug testing will catch you in regional Victoria too

While it’s going to be more difficult to escape police if you take drugs and drive, chances are workplace drug testing in regional Victoria will also catch up with you eventually.

Integrity Sampling has four regional branches in Victoria that conduct workplace drug testing. These include Ballarat, Bendigo, Geelong, Mildura, Mornington, Shepparton, Traralgon, Wangaratta, Warrnambool and Wodonga. All branches have a wide geographical spread, so it’s fair to say that Integrity Sampling covers much of regional Victoria with its drug testing services.

It’s going to be more difficult than ever before to escape drug testing in regional Victoria. Credit Wikimedia Commons (image modified) https://commons.wikimedia.org/wiki/File:Australia_Victoria_relief_location_map.jpg