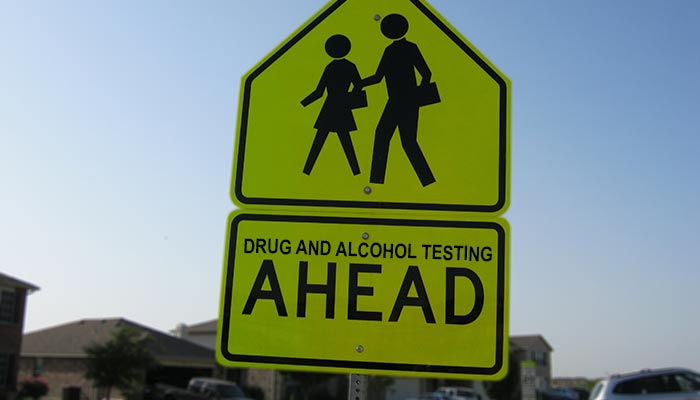 There have been further examples of the irresponsible risks people are prepared to take on our roads, this time in South Australia, with drivers failing drug testing and alcohol testing while doing the school run.

Last week South Australia police conducted over 1000 drug and alcohol tests near school drop off and pick up areas during an operation they termed Stop Drink Drug Drive.

In total, 136 South Australian motorists faced drug testing, with six positive results recorded. Historically, this is not alarming as often 1 in 10 motorists who face a drug test records positive. What is alarming is that three of the six drivers returning positive drug test results were carrying one or more children in their vehicles. Three drivers tested positive for methylamphetamine, another two drivers for both methylamphetamine and THC (cannabis) and another driver for THC.

In addition, 934 drivers faced alcohol testing in the South Australian police operation, with one man from Salisbury East returning a blood alcohol reading of 0.07. This again clearly highlights that while drinking and driving is still a concern, it’s drug driving that is the major issue on South Australian and indeed Australian roads.

Superintendent Bob Gray, officer in charge of South Australia’s Traffic Service Branch, said the behaviour of motorists during the operation was alarming.

“There is no excuse for this blatant disregard for road rules,” he said. “These drivers are not only not putting their own life in danger but that of their passengers and all road users. To risk the lives of children as a result of their poor choices is reprehensible.”

The results from operation Stop Drink Drug Drive were not the only alarming news from drug testing in South Australia last week. On the Eyre Peninsula, eight people failed drug testing in separate incidents. Methylamphetamine and cannabis were again the predominant drugs of choice, with all eight drivers failing the drug testing due to one or more of the drugs being in their system.

This included a person in Port Lincoln, who was drug tested at a testing station by police. He tested positive to methylamphetamine. The driver had three passengers in his vehicle, including a four-year-old child.

In other roadside drug and alcohol testing news, Tasmania Police has resumed normal random roadside alcohol and drug testing operations. Random testing was suspended in March due to COVID-19. Integrity Sampling understands that Tasmania is one of the last states to resume normal testing operations.

What this means is if you are going to risk drinking or taking drugs and then driving, all states and territories again have the power and the right to stop motorists at anytime, anywhere to conduct random testing for drugs and illicit drugs.

A policeman in South Australia has described as ‘reprehensible’ the actions of motorists who failed drug testing and alcohol testing near schools last week. Credit Clover Autrey (image modified) https://www.flickr.com/photos/84388958@N03/7729294806/