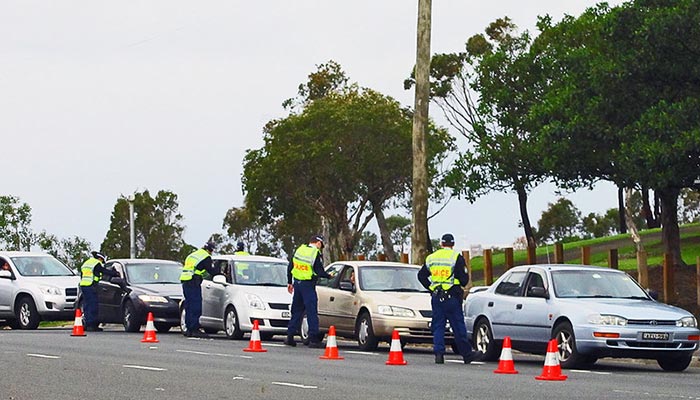 There’s another sign that Australia has done an excellent job in reducing the spread of COVID-19: roadside drug and alcohol testing is returning to normal in some states and territories.

Police in several Australian states stopped conducting their normal large-scale drug and alcohol testing in mid-March because it was felt the practice would provide a risk to both police officers and drivers. These states instead made testing targeted, only drug and alcohol testing those drivers involved in incidents and those who they suspected could be over the alcohol limit or could be under the influence of drugs.

The move wasn’t without controversy, however, with some road safety experts saying reducing testing would result in a spike in alcohol and drug related incidents on our roads. This may have been mitigated, at least somewhat, by the reduced traffic on our roads since late March due to lockdowns and restrictions.

In NSW, roadside drug and alcohol testing returned to normal operations over the Queen’s Birthday long-weekend.

In a Leader article, Minister for Police and Emergency Services David Elliott said the return of random breath testing and drug testing was even more important with the easing of restrictions on licensed premises and regional travel.

“Irresponsible or reckless behaviour that endangers others will not be tolerated,” he said in the article. “There’s no excuse for not abiding by the road rules and police will be there to catch you if you flout the law.”

An article in the Mandurah Mail says that procedures have been modified to meet COVID-safe requirements. The return to normal roadside breath and drug testing comes as COVID-19 restrictions are eased in WA, and an increase in patronage of pubs, hotels and other licensed venues is expected.

The move by NSW and WA to return to normal roadside drug and alcohol testing will likely lead the way with other states to follow suit. Workplace testing is also likely to return to normal levels over the coming months, particularly if there is no second wave of COVID-19 cases.

Integrity Sampling has continued to deliver workplace drug and alcohol testing during the past few months and will continue to do so going forward, with precautions such as additional sanitisation, cleaning and disinfection, plus reduced person-to-person contact.

Integrity Sampling’s drug screening method works by collecting an employee’s saliva samples onto a small drug screening cartridge. It is non-invasive and meets the Government’s key guidelines for supporting social distancing while at work by:

Like on our roads, it’s important to note that the issues of drugs and alcohol never take a break, even during a pandemic crisis. In fact, as we’ve seen with alcohol consumption over the past few months, often there is a spike of drug and alcohol use in times of increased social and economic distress and uncertainty.

So now, just as always, conducting drug and alcohol testing in high-risk industries such as transport, manufacturing and construction is vital to ensure a safe and healthy workplace.