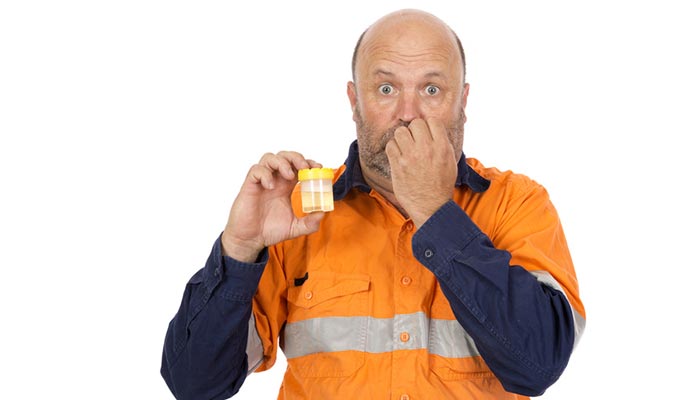 Can you sack a worker who fails drug testing in your New South Wales’ workplace, particularly if you have a zero tolerance on drugs?

It’s an interesting question, particularly after a case before the Fair Work Commission last week. In the case in New South Wales, a Sydney Trains customer service attendant won reinstatement after he was sacked after failing drug testing.

According to an article in SmartCompany, the worker was sacked last year after testing positive to cannabis following a random urine test in late 2018. However, the FWC has overturned the decision to sack the worker on the grounds that the decision was harsh and unreasonable.

The circumstances that led up to the dismissal are undisputed. The worker admitted smoking cannabis the day before his next shift, which started at 6am. An hour after starting work, the worker was asked to take part in random drug testing, which is part of Sydney Trains’ drugs policy, which includes a zero tolerance for prohibited drugs. The worker returned to work, but two days later was asked to explain why he tested positive for cannabis. The worker’s reading was 15 micrograms per litre above Sydney’s Trains cut off stipulated in their drug policy.

At the FWC hearing, the FWC Deputy President PJ Sams questioned the logical veracity of Sydney Trains’ drug policy and its zero tolerance, when an employee who recorded drug testing under the cut off limit could face no discipline.

In the SmartCompany article, Mr Sams is quoted as saying: “While Sydney Trains’ Drugs and Alcohol Policy is said to be underpinned by a ‘zero tolerance’ approach to drugs and alcohol in the workplace, the reality is that there is no such thing,” Sams said. “This evidence not only demonstrates internal inconsistencies … but Sydney Trains’ submissions are meaningless, misleading and lack logic.”

What are the main learnings from the New South Wales drug testing case for other workplaces?

Perhaps the main learning is that workplace drug policies need to be detailed, clear and never inconsistent.

In the SmartCompany article, Workplace Law Managing Director Athena Koelmeyer says that employers should remember they are not trying to stamp out drug use by their employees, rather they are trying to prevent employees attending work impaired by drugs or alcohol.

In line with Mr Koelmeyer’s statement, when it comes to drug testing for your New South Wales workplace, Integrity Sampling always recommends choosing saliva drug testing. There are several reasons for this, but the relevant point in this particular case is that saliva testing is a more accurate way of determining if a person is fit and safe to be working. Using urine testing, drugs can be detected over a wider period, which means that people can record a positive drug test while potentially not being impaired.

Another interesting sideline to the story is that the New South Wales worker was allowed to continue to work on the day that he recorded a positive drug testing result. While we don’t know why this is the case, we can only presume it was due to lag between the drug test being taken and the analysis being done. This is potentially another inconsistency, as it may allow a person who is affected by drugs to continue to work when they are unsafe to do so.

Again, saliva drug testing would prevent this possibility, because sampling and analysis can take place within around 5 minutes, so employees who are unsafe to be on the job can be detected and safety removed from the workplace.

NOTE: Integrity Sampling has offices in NSW in Bourke, Coffs Harbour, Dubbo, Goulburn, Griffith, Lismore, Newcastle, Port Macquarie, Sydney, Tamworth, Wagga Wagga and Wollongong. To find out more about saliva drug testing for your New South Wales workplace, give us a call on 1300 725 482.

Can you sack a worker who fails drug testing in your New South Wales’ workplace, particularly if you have a zero tolerance on drugs?