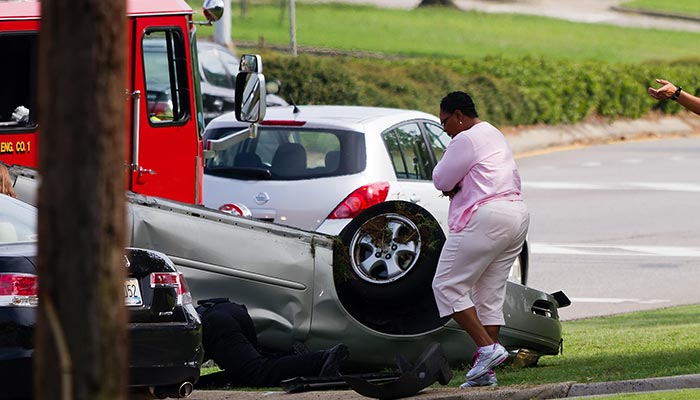 You’ve just failed drug testing during a random roadside stop or you’ve failed workplace drug testing after a supervisor questioned your ability to work safely, so what on earth could be positive about this experience? How on earth can you put a positive spin on failing drug testing?

It might be hard to imagine, particularly if it’s recently happened to you, but there is a very big positive from failing drug testing, whether it be on the roads or at work. The positive? While failing roadside drug testing can lead to big fines and a license disqualification, and failing workplace drug testing is likely to mean consequences, including in some cases loss of your job, the fact is that these consequences are minor in comparison to the worst case scenario.

Take the high profile case of Jesse Reid, who was speeding, had drunk alcohol and had taken methamphetamines in the hours before he hit and killed off-duty police offer Victor Kostiuk, on the Princes Highway in East Gippsland. In August this year he was sentenced to 10 years jail for his actions, with the judge saying, “You showed a complete lack of regard for who may have been at risk from your conduct.”

Do you think that Mr Reid would have preferred to have been stopped by police before the accident occurred? Do you think he would have accepted a failed drug testing or alcohol testing result over a potential 10-year jail sentence?

We’d suggest that Taylah Perrin would also wish she was stopped by police for drug testing, before she killed her best friend. Georgia Foran died in hospital three weeks after a crash in Frankston in July 2017. Georgia was a passenger in a car driven by Ms Perrin. Both Perrin and Foran had been experimenting with drugs in the lead up to the accident.

In March this year, Ms Perrin was sentenced to five years jail, with the judge saying, “Driving and drugs simply do not mix.” The judge added that Perrin’s case was an example to young drivers of the consequences of culpable driving, an offence frequently committed by young drivers, who must be deterred.

Of course, it could be argued that even receiving a jail sentence because you’ve killed someone on the roads (or at work) while under the influence of drugs is not the worst potential consequence. While going to jail is severe and you may be haunted by what you’ve done for the rest of your life, at least you will be released from jail eventually. The worst potential consequence is being killed – there’s simply no early release from a death sentence.

When you think about the true potential consequences of taking drugs and then going to work or getting behind the wheel of a car, you’ll realise it’s simply not worth the risk.

Failing drug testing is not the worst potential consequences when you take drugs and then drive or go to work. Credit Rian Castillo https://www.flickr.com/photos/digitizedchaos/5913306573/