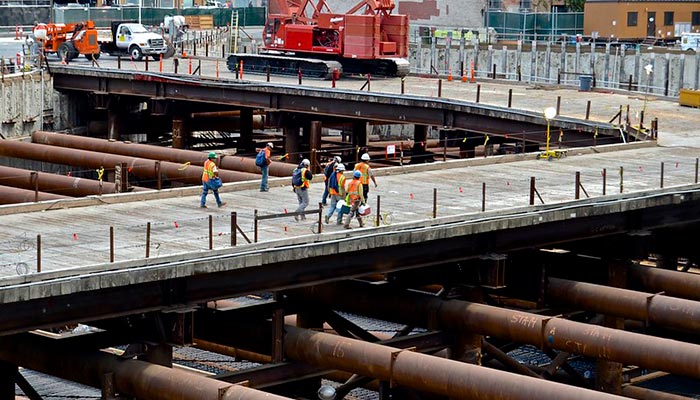 Workers in the construction industry are more likely than any other profession to use drugs. However, before Aussie construction workers start getting hot under their blue collars, it needs to be pointed out that finding comes from United States workplaces and does not involve Australian workers.

The finding comes from a decade-long study in the United States that was published in the journal Drug and Alcohol Dependence. As well as being the number one industry for drugs overall, workers in the construction industry were also the most likely to use cocaine and misuse prescribed opioids, which is a massive issue in the US. Construction workers were also the second most likely to use marijuana.

Drugs in workplaces a concern

Drugs being used by construction workers and employees from other workplaces where safety is vital is a particular concern, because of the work involved. Like driving a car, some job roles require people to be at their best and certainly not to be affected by drugs.

However, according to an article in ScienceDaily, the findings, particularly those around opioid misuse, could also be caused by injuries that construction workers experience.

“The hazards of this type of work — including falls, injuries from overexertion, and being struck by or caught in heavy machinery — result in high injury and fatality rates. In particular, injuries from repetitive, strenuous work can lead to treatment or self-treatment with pain medication such as marijuana or opioids,” the article states.

Danielle Ompad, the study’s lead author, is quoted in the article as saying: “Construction workers are at an increased risk for drug use, which makes them vulnerable to work-related injuries or even overdose deaths.”

She added that in Ohio and Massachusetts, recent studies have shown that construction workers were six to seven times more likely than other workers to die from an opioid overdose.

“It makes sense that we see higher rates of construction workers using pain-relieving substances such as opioids and marijuana, given the labour-intensive nature of their work and high rates of injuries,” said Ompad.

According to the article, the study also found that having unstable work or missing work was linked to being more likely to use drugs.

Another interesting insight from the study was that those workplaces that had robust drug and alcohol policies and conducted workplace drug and alcohol testing saw a reduced chance of marijuana misuse by workers. Perhaps not surprising!

“In the high-risk settings of construction work, where safely handling hazardous equipment is critical for reducing harms for workers, drug testing and other workplace substance use policies may play a role in protecting workers,” said Ompad in the article. “However, not all marijuana and opioid use is problematic and drug testing cannot distinguish recreational use from medical use. Thus, strict workplace drug policies also have the potential to harm companies and reduce employment opportunities for workers,” said Ompad.

One interesting message for workplaces from this last statement is that in United States workplaces, urine testing for drugs is predominantly used and it’s true that the detection period for drugs when using urine is wider than it is when using saliva samples.

This is one of the reasons why Integrity Sampling recommends saliva drug testing. After all, you’re not trying to catch people with drugs in their system, you’re simply trying to ensure that all people who are working in roles where safety is vital are not under the influence of drugs and are safe to work.

Wastewater drug testing shows there are plenty of people who do take drugs and drug use is a concern across the entire country. Credit David McSpadden https://www.flickr.com/photos/familyclan/14832681826/