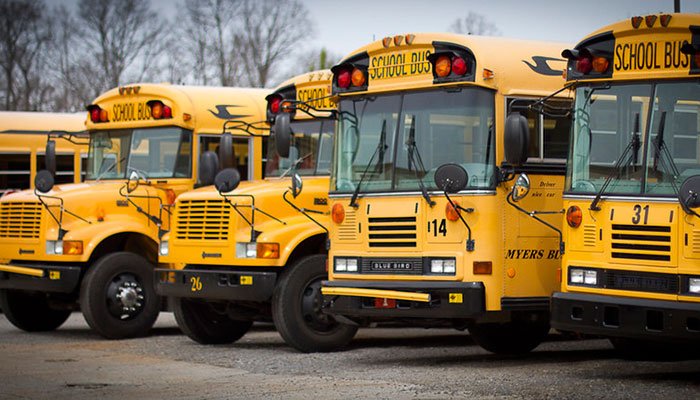 What are the top job roles where people should never fail alcohol testing? We’d suggest that an airplane pilot would make the list, as would a train driver, truck driver, mobile crane operator and Police officers. And here’s another one to add to the list… A school bus driver.

A school bus driver in the United States city of Longview, Washington, did fail alcohol testing after a student who just got off the bus phoned 911 to report the driver. According to media outlet KGW, the student said, “She was drunk. Like, passed three red lights. Her eyes, you could tell she was drunk. Her breath sort of smelled like alcohol.”

The Police who responded concurred with the 911 caller and according to KGW, the bus driver failed alcohol testing with a blood alcohol level of 0.09. While the drunken incident is alleged at this stage, pending a court ruling, the female bus driver has since resigned from her position with Longview Public Schools.

Longview Public Schools apologised for the incident was an isolated one.

“This should not have happened,” Longview Public Schools Superintendent Dr. Dan Zorn said in the KGW article. “We’re taking it very seriously and doing everything we can to ensure it does not happen.”

The organisation has already implemented changes, including having more frequent and intentional face-to-face interaction between dispatchers, managers and drivers before drivers pick up keys in both the morning and afternoon.

We’ve reported before in our blogs of the controversial practice of schools conducting drug testing of students and another example recently made The Australian Jewish News.

The article focusses on Moriah College in the eastern suburbs of Sydney. The school is going to introduce random drug testing, as part of efforts to eliminate drug use and vaping by students and school community. These efforts were spurred by a recent incident, when a group of students on a Year 10 camp were caught using cannabis and smoking e-cigarettes.

According to the AJN article, as part of the program, parents and students will be required to attend mandatory education sessions. In addition, students will undergo both random drug testing and targeted drug testing, and be subject to bag, locker and pocket searches.

It seems that parents are on board. Again, according to AJN, a number of parents have called the efforts long overdue and have thrown their weight behind the program, including the drug testing. A clinical psychologist, Dr Danielle Einstein, is also quoted as saying that the inclusion of drug testing as part of a broader program is sensible.

A school bus driver in the United States has failed alcohol testing, after putting her student passengers at risk. Credit dhendrix73 https://www.flickr.com/photos/dhendrix/6906652333/