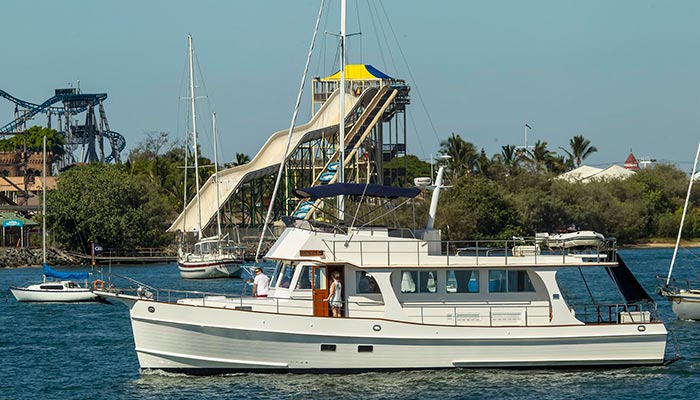 These days there are many places to be asked to undertake drug testing on Queensland’s Gold Coast, including our roads, at work and even when out on the water.

Roadside drug testing on Gold Coast and Queensland roads has been in operation for over ten years and the number of drug tests being conducted is growing. Drug testing on our roads is conducted in much the same way as alcohol testing, with people asked to undergo testing randomly, if suspected of being under the influence of drugs or after an incident.

On the Gold Cost and Queensland in general, you’ll be asked to provide a saliva sample for drug testing purposes on our roadsides. The type of drugs that Police can detect include THC (the active ingredient in cannabis), methylamphetamines, and MDMA or ecstasy.

While drug testing on Gold Coast and Queensland waterways isn’t a new initiative, up until recently it was sparsely used. In fact, before February this year the Road Policing Unit worked in conjunction with the Water Police to undertake drug testing.

Drug testing on Gold Coast’s waterways is conducted in a similar way to roadside drug testing.

If you work in a Gold Coast workplace where safety is important (think mining, manufacturing, aviation, transportation, agriculture, etc.) then chances are you also face drug testing at work. Organisations such as Integrity Sampling help businesses with this professional service, to help them manage safety risks.

Workplace drug testing can be split into four main methodologies:

Integrity Sampling conducts workplace drug testing on the Gold Coast and at other Queensland locations. To find out more about our services and how we can help you, go to our website or phone 1300 SALIVA.

You may be surprised at the number of places on the Gold Coast where you may be asked to undergo drug testing. Credit John https://www.flickr.com/photos/shebalso/13954665823/