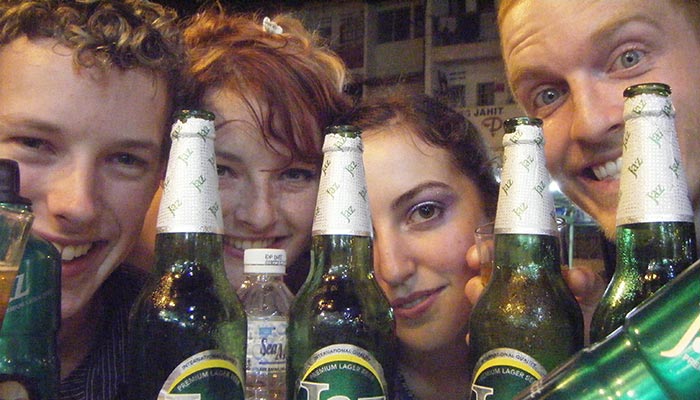 The latest survey by the Foundation for Alcohol Research and Education (FARE) has found that the number of people who drink alcohol to get drunk has edged closer to half the drinking population, to around six million people. The alarming statistic is in contrast to overall alcohol consumption figures, which have remained steady over the past 10 years.

“Since 2011 there’s been an overall increase in the proportion of Australian drinkers who drink to get drunk from 35 to 47 per cent, with a quarter admitting to drinking to get drunk once or more a month,” said FARE Chief Executive Michael Thorn.

“Alcohol harm has continued to increase despite the fact that overall consumption has remained relatively constant over the past 10 years, with no significant fluctuations,” he said.

Mr Thorn added that part of the reason for the rise in people drinking to get drunk may be confusion about the risk.

“The Poll found fewer than half of Australians are aware of the link between alcohol use and mouth and throat cancer (29%) and breast cancer (16%),” he said.

Mr Thorn added that while global science shows an overwhelming link between cancer risk and alcohol consumption, he believes Australian are confused about cancer and other health risks due to terms such as ‘drink responsibly’ and ‘drink in moderation’ that are commonplace in alcohol marketing.

“An overwhelming majority of Australian drinkers (87%) consider themselves responsible drinkers, yet a high percentage of those drinkers consume alcohol to get drunk,” Mr Thorn said.

“The Poll results clearly demonstrate how ambiguous and subjective the concept of ‘responsible drinking’ actually is, when 68 per cent of drinkers who consume 11 or more standard drinks on a typical occasion, consider themselves responsible drinkers,” he said.

What do the survey results mean for workplaces, particularly workplaces in industries such as mining, manufacturing, agriculture, transportation and aviation, where safety is such as high priority? To put it simply, if you think that some of your employees aren’t occasionally coming to work under the influence of alcohol, you’ve got your head in the sand. Which is why workplace alcohol testing, as part of a robust drug and alcohol management plan, is essential.

Integrity Sampling conducts workplace alcohol testing and has geographical coverage in all states and territories of Australia. Give us a call on 1300 SALIVA to discuss your needs.

A survey has found that more Australians are drinking to get drunk. Credit Edd Turtle https://www.flickr.com/photos/eddturtle/3830060174/