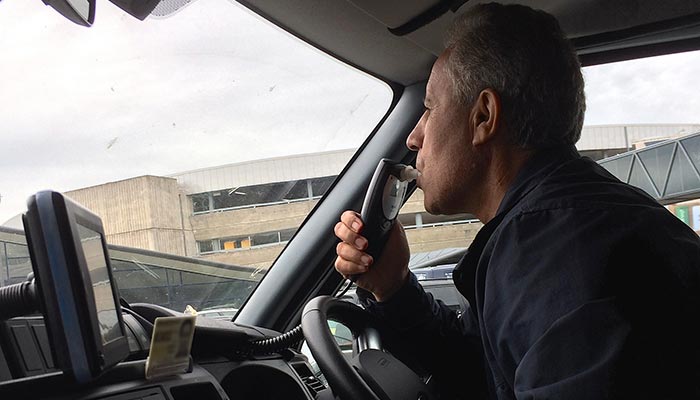 Vehicle interlock alcohol testing systems may be potentially lifesaving devices, but if you have to use one hour and hour, day after day, week after week, they soon become an annoying part of your life.

An alcohol ignition interlock device is a piece of equipment that prevents a driver from starting a vehicle if there is alcohol on their breath. They can be installed on most vehicles with an ignition, including motorbikes. Essentially, they are special alcohol testing breathalysers with a vehicle locking system built in. They’re required in many Australian states and territories when a person gets back their licence, following a failed roadside alcohol testing result and subsequent drink-driving offence.

Let’s look at how they work in practice, using the Victorian Alcohol Interlock Program.

Alcohol testing is saving lives too

We’ve come a long way from the days when it was almost seen as a badge of honour to drive home with a skinful and some of the improvements can be put down to roadside random alcohol testing. However, while we have made massive inroads, there is still a way to go. In Victoria alone, around 20% of drivers killed on our roads have a blood alcohol concentration of 0.05 or more. That’s 1 in 5 drivers.

If you drink and drive you’re a bloody idiot? You bet!