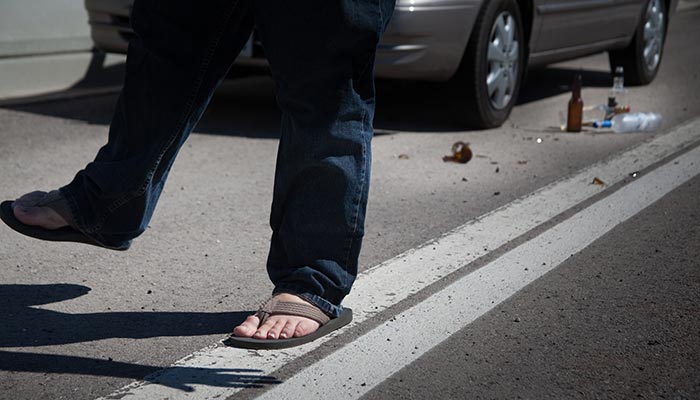 According to a recent news.com.au article, police are trialling new technology that, if successful, will help determine if someone is driving under the influence of… fatigue.

“A new research trial run by VicRoads and Monash University seeks to use hi-tech camera devices that scan people’s eyes to determine if they are too fatigued to drive,” says the article.

“The test works by measuring people’s pupils and searching for signs of tiredness.”

Driver fatigue is one of the leading causes of road trauma. Other main factors include drugs, alcohol and speeding. According to the article, around 20 per cent of road accidents in Victoria-alone can be attributed to fatigue.

The hi-tech cameras will be trialled for 12 months. Results of the trial are expected by September 2019.

Conducting roadside testing is, of course, not new. Roadside alcohol testing is now a familiar practice in all states and territories, while roadside drug testing is also becoming commonplace.

While it was considered to be okay and practically a right of passage to have a few drinks of alcohol and get behind the wheel before 1970, this has gradually changed over the years. Before 1970, when the road toll in Australia was a staggering 3798, alcohol testing was virtually unheard of. In fact, it wasn’t until the mid-1970’s that we started seeing breathalysers used for alcohol testing on our roadsides and that was only in Victoria. Most other states and territories didn’t begin alcohol testing using breathalysers until a few years later.

Roadside drug testing is a more recent advancement. Most states and territories introduced drug testing on the roads in the mid-to-late 2000s. While it hasn’t been without controversy, the introduction of roadside drug testing is playing a part in keeping drugged drivers off the roads. While generally only people who are suspected of being under the influence of drugs are tested (unlike alcohol testing where any driver can be asked to undergo a test), it’s not unusual for positive results for drugs to be in the order of 1 in 10 of all those tested. Often, the rate is much higher.

With alcohol testing and drug testing now commonplace, we, thankfully, don’t use outdated sobriety tests to determine whether someone is safe to drive. Now, roadside fatigue testing might not be far away. Credit SandDiego DUIAttorney https://www.flickr.com/photos/134340661@N06/20095050412/