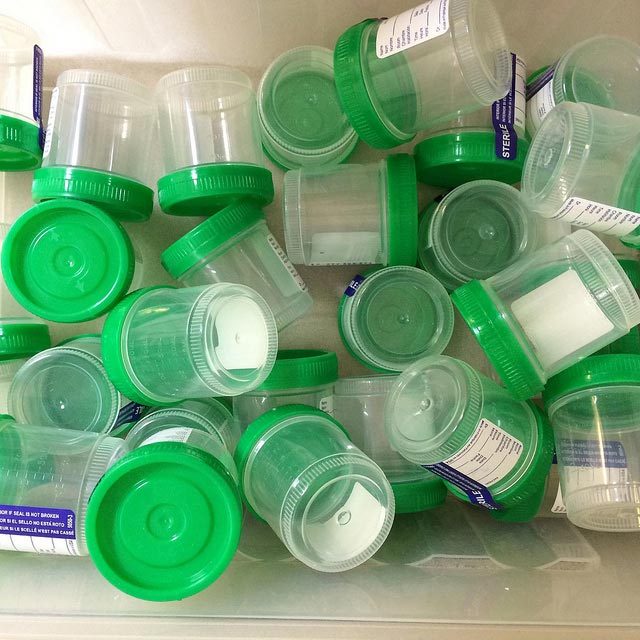 We’ve regularly said that saliva testing methodology is a better way to conduct workplace drug testing than urine drug testing, and one of the key reasons we’ve provided is intrusiveness. That is, some people will feel embarrassed or believe their privacy is being infringed when providing a urine sample for the purposes of drug testing.

While the argument on whether going behind a toilet door to provide a sample for urine drug testing is an invasion of privacy or not is likely to carry on for many years, few would argue about a recent case in the United States, which has taken invasion of privacy to a whole new level.

The case involves four employees of a company in Canton, Ohio, and their complaint stems from urine drug testing conducted at their workplace around two years ago. The employees, including Donna Lunsford, were asked to undergo random drug testing, as they had done many times before, but this time the person who was conducting the testing allegedly watched the employees provide the sample.

And by watching, we mean watching closely. An article on the CantonRep online news perhaps put it more delicately than some would when describing the details about Ms Lunsford’s testing. “She was surprised and appalled when the drug test administrator watched her groin area while she produced a urine specimen into a cup.”

While we could add that male administrators were used to watch male employees provide samples and female administrators used to watch female employees, suffice to say that this fact doesn’t reduce the seriousness of the alleged charges. It goes without saying that this is not a practice Integrity Sampling, any creditable drug testing firm or for that matter any creditable workplace would accept.

For its part, the appeals court that was deciding on whether the case should go to trial agreed in the appellants case. It’s reported in the CantonRep article that the 5th District court noted: “There are few activities in our society more personal or private than the passing of urine. The appellants have a reasonable expectation of privacy with regard to the exposure of their genitals.”

If the details of the case are correct, and this will be argued at a later court case, we can only assume that the workplace and the drug testing administrators were trying to ensure that the employee’s urine sample could not be tampered with. While it is rare, it’s not totally uncommon for people to tamper with urine samples in some way, for example by using another person’s urine or using a product that mimic’s their urine. On the other hand, saliva drug testing, if conducted correctly, is virtually tamper-proof. Yet another reason why we recommend saliva drug testing over urine drug testing.

Urine drug testing methods can be an invasion of privacy for some. Credit Steven Depolo https://bit.ly/2PXyKkW