In a few months’ time, the much publicised legalisation of buying and smoking cannabis will take place in Canada and a poll in Tasmania suggests that many Tasmanians want the same in their state, so what would this mean for drug testing?

The Tasmania poll, as highlighted in a recent ABC News online article, included over 1100 people and was conducted by phone. While the sample size was small, the results showed that 59 percent of people supported the move to legalise recreational cannabis while only 28 per cent opposed the move.

The results of the poll, according to the article, were released by the Greens Party in that state, and quotes Greens candidate Jarrod Edwards as saying it was a big issue.

“We want to decriminalise it because we feel that it takes up a tremendous amount of resources, not only in the court system but through social systems as well,” Mr Edwards is quoted as saying in the article. “One in three Australian adults admit to trying or using marijuana, so it’s a widely used drug in the community.”

However, legalising cannabis would be a bad move, according to the Australian Medical Association, who says there are serious physical and mental impacts of cannabis use.

Cannabis use and drug testing in Tasmania

While the discussion continues, and is likely to continue for many years, another question that needs to be asked is what would happen with roadside and workplace drug testing in Tasmania if cannabis was legalised. Would it then be OK to drive or go to work with the drug in your system?

Fair question, perhaps, but the clear answer is that there would be no need to change the stance on drug testing.

Anyone caught with cannabis (or more correctly the chemical responsible for cannabis’ psychological effects, THC) in their system would not be safe to drive a car or be at work (e.g. flying a plane, operating or working around machinery, driving a truck). That’s because the effects of THC can be significant and include sleepiness, difficulty in concentrating, blurred vision, clumsiness, slower reflexes, hallucinations, anxiety and paranoia.

Ask yourself, do you want the captain of the plane you just hopped on to have these types of symptoms? Are you happy for the driver of the truck that’s driving beside you at 100km/h to be affected by THC?

If you’d like more information about cannabis and its potential effects in the workplace, or about drug testing in Tasmania, give Integrity Sampling a call on 1300 SALIVA. 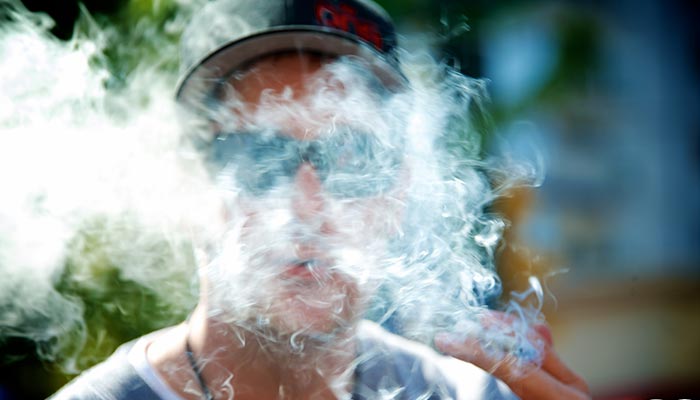 If cannabis was legalised in Tasmania, what would this mean for drug testing? Credit Cannabis Culture https://bit.ly/2N7Ufx5