There’s been plenty of attention on codeine in the media in the past week, due to a change that came into affect last Friday. So what is the change and why will this impact drug testing?

The change means that if you want to purchase painkillers containing codeine, such as Panadeine and Nurofen Plus, you’ll need to visit a doctor for a prescription instead of purchasing over the counter at a pharmacy.

While this will affect many – and there are certainly some people who are unhappy about the change – the reason is quite simple. Codeine is part of a group of drugs known as opioids. Other opioids include opium, heroin, morphine and oxycodone. If used as directed, codeine is generally safe, however, there’s plenty of evidence that many people deliberately or accidently don’t follow the correct dosage. The harm caused by this overdosing can be potentially significant, including addiction and death.

In an article last week, Health Minister Greg Hunt said that based on research by the Advisory Committee on Medicine Scheduling, around 100 overdose deaths a year caused by codeine medication would be prevented by the change.

Another compelling reason for dropping the over the counter access is effectiveness, with the Therapeutic Goods Administration finding a lack of evidence that low-dose codeine medicines are more effective for pain relief, coughs, colds and flus than similar medicines without codeine.

What’s this mean for drug testing?

You might be wondering what the change to codeine medicines has to do with drug testing.

Integrity Sampling has seen this in its workplace drug testing results over the years. Positive drug tests for opioids have generally gone up during the winter, when people are more likely to be taking codeine for the flu, a cold or other ailment. 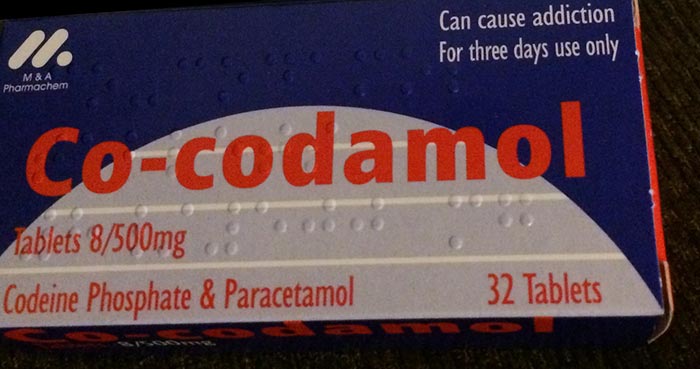