If you’re a truck driver, bus driver or other heavy vehicle operator in Queensland, you may have been required to take part in alcohol and drug testing recently, thanks to Operation Austrans.

The second phase of Operation Austrans for 2017 wound up in Queensland on December 9. During the period that the operation ran, thousands of drug and alcohol tests were conducted, and other checks on heavy vehicles run.

On one day alone, Queensland Police conducted 469 tests at weigh pads beside the Pacific Motorway at Coomera. Of the 469 tests, seven drivers returned a positive test for drugs. Other infringements at Coomera and during this phase of Operation Austrans have included speeding, failing to wear a seat belt, using a mobile phone, driving unregistered, driving while uninsured and driving a defective vehicle.

Acting Superintendent for the Road Police Command in Queensland, Peter Flanders, said the vast majority of truck and heavy vehicle drivers do the right thing, however, there are always some that think the laws of Queensland don’t apply to them.

“We know from extensive research that the fatal five factors of drink and drug driving, distraction, speeding, not wearing a seatbelt and fatigue all play a significant part in the trauma we see on our roads,” Acting Superintendent Flanders said.

“I want everyone to know that we take the safety of all road users very seriously.”

Acting Superintendent Flanders added that the number of offences being committed by heavy vehicle operators do concern him.

“Each one of these numbers (of offences) could have resulted in a fatality. Given that we are coming into the holiday season which will see a lot of people hitting the road, all motorists need to remember to drive safely.”

Integrity Sampling has 5 branches in Queensland, based in Brisbane, Cairns, Mackay, Rockhampton and Townsville, and our service area covers much of the state.

Footnote: One of our clients in Gympie has enlisted the help of 8 elves to get their employees in the Christmas spirit. One of the elves was introduced to Mark, an Integrity Sampling consultant, at a recent visit to conduct random drug and alcohol testing. Mark took the opportunity to put the elf through some rigorous drug and alcohol testing. We are happy to report that the elf passed the tests with flying colours! 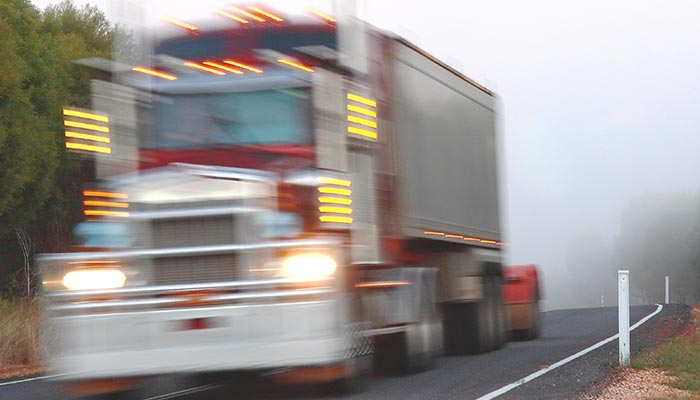 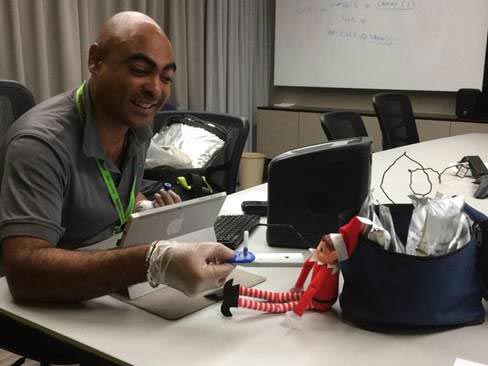