December is the busiest month for emergency staff for responding to incidents involving alcohol. Surprised? Probably not, considering December is the ‘silly season’, the time when many of us are attending work functions, family celebrations and get-togethers with friends. While it shouldn’t come as a surprise, what it should do is compel workplace owners and managers to ramp up their efforts in managing the effects of alcohol in their workplace… And ramp up alcohol testing at the same time.

In a recent news release from the Alcohol and Drug Foundation called The sobering truth about the ‘silly season’, Australia’s binge drinking culture is laid bare. Let’s face it, many Australians consider getting drunk as normal. It’s a right of passage and something we brag about to our friends.

But the article highlights that binge drinking isn’t normal or global. While there are cultures, like ours, that drink to excess regularly, many cultures that consume alcohol don’t. This binge drinking is leaving people susceptible to accidents and injuries, not to mention embarrassment at work Christmas parties! Binge drinking can also lead to issues in other aspects of our lives, including relationships, finances and, of course, health.

Alcohol and its effect in the workplace

Binge drinking also makes people susceptible to accidents and injuries in the workplace, which is why workplace alcohol testing is so important. A person who has drank heavily the night before can easily be over the limit the next day, even if they’ve had 8 or more hours to ‘sleep it off’. In fact, these people can be as intoxicated as a worker who drinks 3 pints over a lunch break and then returns to work.

More importantly, you want to encourage and support people to do the right thing. This means having a drug and alcohol management plan, educating people on the dangers of alcohol and supporting those people with issues.

And, at this time of the year, it also means hosting safe parties, which includes ensuring people have access to non-alcoholic drinks, there’s plenty of food available (but keep clear of the salty, fat foods that only make people thirstier) and ensure people have access to safe transportation to get home.

Sound like a big job? Yes it is, but the alternative (e.g. having a person turn up for work intoxicated and killing themselves or someone else) isn’t something you’ll want to consider. 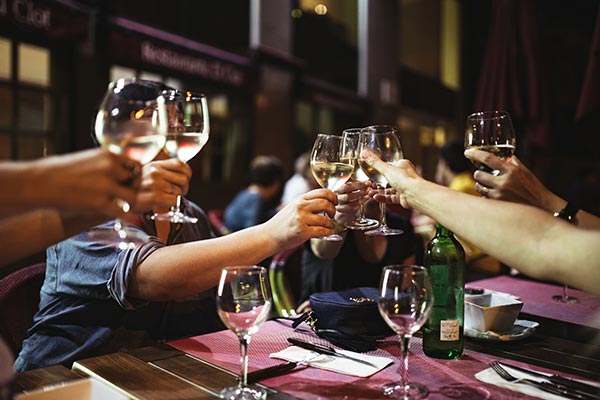