As we’ve reported numerous times in our blog, there has been a staggering number of people providing positive results in roadside drug testing carried out across Australia. Now, a National Drug-Impaired Driving working group has been established by the Federal Government to work towards a national best practice model for roadside drug testing.

The establishing of the working group follows the release of a roadside drug testing scoping study, produced by the Centre for Accident Research & Road Safety (CARRS) in Queensland.

At the study’s release, Federal Minister for Infrastructure and Transport Darren Chester said Australia has long been a world leader in roadside drug testing. But he added the report highlighted more could be done to reduce risk and deter people from driving after using illegal drugs.

“We need to know more about the best legislative and enforcement approaches to reduce the harm caused by drug-impaired drivers and to deter them from choosing to drive,” Mr Chester said.

“The opportunity was identified for governments to work more closely with police across Australia to develop a national focus and shared approach to the enforcement of drug-impaired driving. In response, the Australian Government will establish a National Drug-Impaired Driving working group to include representatives of police, road authorities and policy makers, to work towards a national best practice model for roadside drug testing.

“This collaboration has the potential to reduce deaths and serious injuries on our roads.”

One thing that has already been agreed is that the number of roadside drug tests should be increased. To do this, the working group will look at ways to reduce the time taken at the roadside for sample collection and analysis, and develop an evidentiary roadside test with no further lab testing required.

Watch this space for further news on outcomes from the National Drug-Impaired Driving working group. And watch yourself on the roads if you’ve recently taken drugs and intend to drive… The police will eventually catch you!

Footnote: One of the things noted in the national scoping study was that Australia has the most intensive roadside drug testing program in the world. Roadside oral fluid testing (or saliva drug testing, which is the testing that Integrity Sampling recommends) was introduced in Australia a decade or more before any other jurisdiction internationally. 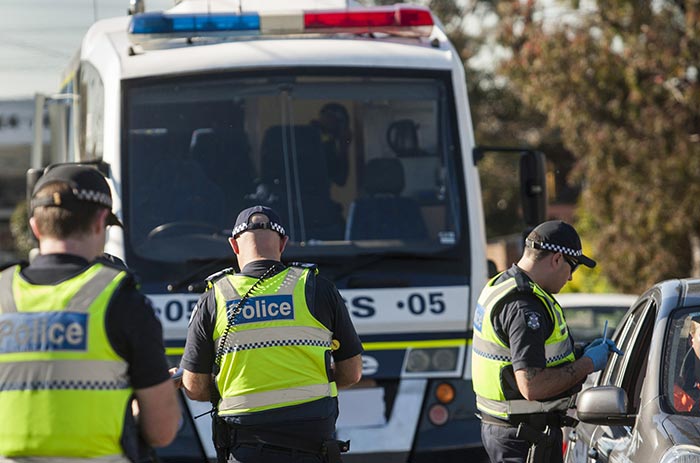