You’ve likely never heard of the name John ‘Jack’ Thomas, but he’s helped save the lives of hundreds and perhaps thousands of people due to his pioneering work on alcohol testing in Victoria.

In a special report by ABC Central Victoria, the extent of Chief Inspector Thomas’ work was highlighted following his death at age 91. The article states that his work was not only pioneering in Victoria, but also at that time (the 1960s) in Australia.

As officer-in-charge of the Breath Analysis Section of Victoria Police, Chief Inspector Thomas pioneered the use of evidential breath analysis in Australia. But more than that, he helped to change the community’s attitude towards drink driving. At the time, it was considered to be quite normal to have a few and get behind the wheel. “She’ll be right. I’ll drive slowly and stick to the back roads” was practically a mantra.

Victorians and Australians paid a heavy toll, however. The road toll in Victoria in 1970, not long after evidential breath analysis was introduced, was a staggering 1061. Across Australia it was 3798. The Victorian road toll in 2016 was 290. The figure in 1970 is even more staggering when you consider that the number of cars on the road then was far less than we have today.

While drink driving wasn’t the only cause of fatalities on our roads, it did play a heavy part and the focus on those who consumed alcohol and got behind the wheel, plus speeding, started paying dividends.

While we have been conducting roadside alcohol testing in Victoria for over 40 years and Australia-wide for over 30 years, the ABC article states that it’s only in the last 10 years that we’ve truly understood the importance of driving while not intoxicated. The article quotes Research Professor Brian Fildes from the Monash Accident Research Centre, who says, “It probably took us about 20 years or so for the community to actually accept random breath testing, that it wasn’t safe to drink and drive.”

Due to his work with alcohol testing in Victoria, John ‘Jack’ Thomas received several awards, including the Queens Police Medal, the National Police Service Medal, the Groves Medal from the Royal Australasian College of Surgeons, in addition to an honorary fellowship. 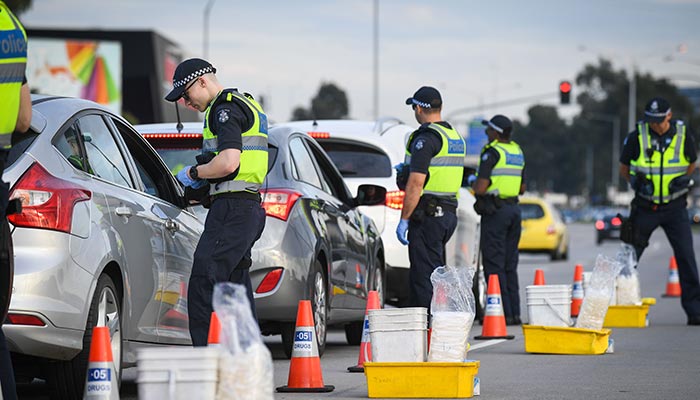